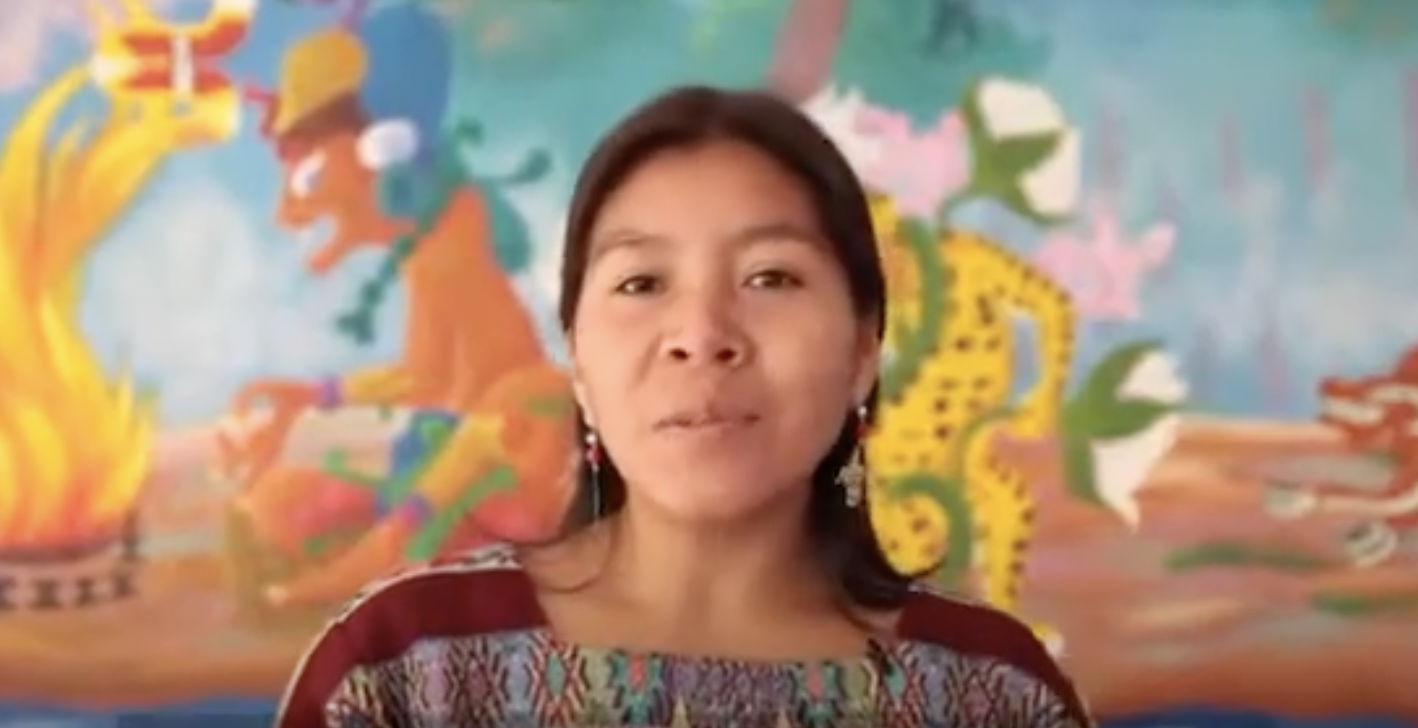 Indigenous women have made great strides in the formal recognition of their rights in recent decades, through advances in indigenous rights and in women’s rights. Most of the progress can be directly attributed to the consistent organizing and advocacy of their organizations.

But a fundamental challenge remains – to obtain the specific recognition of the rights of Indigenous women, and the ways in which their multiple identities create both vulnerabilities, and distinctive strengths and rights within the international system.

Nearly a decade ago, women’s and indigenous organizations joined to form a collective in Guatemala to take on that challenge. The Ixpop Collective centers its work on promoting and achieving a General Recommendation for Indigenous Women in the UN Committee on the Elimination of Discrimination against Women (CEDAW).

CEDAW is the only binding international instrument that specifically protects the rights of all women, including equality, non-discrimination, a life free of all forms of violence, the right to work, to health, and economic, social and cultural rights. Indigenous women note that the text in the Convention doesn’t mention Indigenous women, or specific obligations for States, leaving a gap in their ability to apply and fully exercise these rights, even as they face greater vulnerabilities than non-indigenous women.

By achieving a General Recommendation in CEDAW, indigenous women would gain formal recognition and protections for their specific rights. The General Recommendation has the potential to change the lives of Indigenous women worldwide, providing Indigneous women and girls with renewed opportunities to secure their rights and fight against discrimination, violence, poverty, and the lack of legal protection.

The Road to CEDAW

Ixpop has been actively organizing since 2012 toward adoption of the General Recommendation. In 2021, the alliance developed an operational plan and communications strategy to strengthen the initiative and its impact. The new plan includes meetings and virtual and face-to-face dialogues with civil society organizations, training sessions with members, and targeted advocacy campaigns.

JASS is a co-founding member of Ixpop and ongoing advisor. Through support and funding from Power Up!, a consortium which JASS is part of, Ixpop has developed and implemented the organizational plan for promoting the Recommendation and broadening its work.

Through this incredible work, the Ixpop Collective and its member organizations have become a point of reference in the effort to pass the General Recommendation. They are recognized as key conveners for gathering inputs for the Recommendation and for its validation in local, regional, and global advocacy spaces.

The 2021 strategic planning process and its implementation took the initiative to a new level, after years when it seemed the formal demand advanced slowly, if at all. A draft text was submitted in February 2022, based on inputs from civil society organizations, including Ixpop. The finalization and adoption of the Recommendation is now expected for late 2022.

The 2021 plan also gave the Ixpop Collective a clearer vision and strategy for reaching its goals beyond the Recommendation, such as increasing its public presence and that of its member organizations on all issues of Indigenous women’s rights, supporting specific causes and campaigns, increasing the role of Ixpop in virtual communication, and deepening collective reflection on the rights of Indigenous women and current threats.

As a collective, Ixpop is now better prepared to coordinate a stronger alliance to obtain the landmark Recommendation and to defend indigenous women’s rights in Guatemala, in the context of a repressive regime that has attempted to roll back those rights. Ixpop has helped the movement and its members have a greater voice in the critical discussions that affect them. Members have been invited to give talks and participate in meetings nationally and internationally. Indigenous Guatemalan women have had opportunities to provide their input to the Collective, and in public spaces such as radio and television shows, podcasts, and reports.

Ixpop has expanded its horizons under the new strategy to the ongoing work of strengthening Indigenous women’s rights, organizations and movements. Building on wider and deeper connections and relationships and internal capacity-building and planning, the Collective has fortified itself as a network and in each one of its parts – is poised to reap a significant triumph with the CEDAW General Recommendation. And from there, leverage this triumph to advance and defend Indigenous women’s rights.