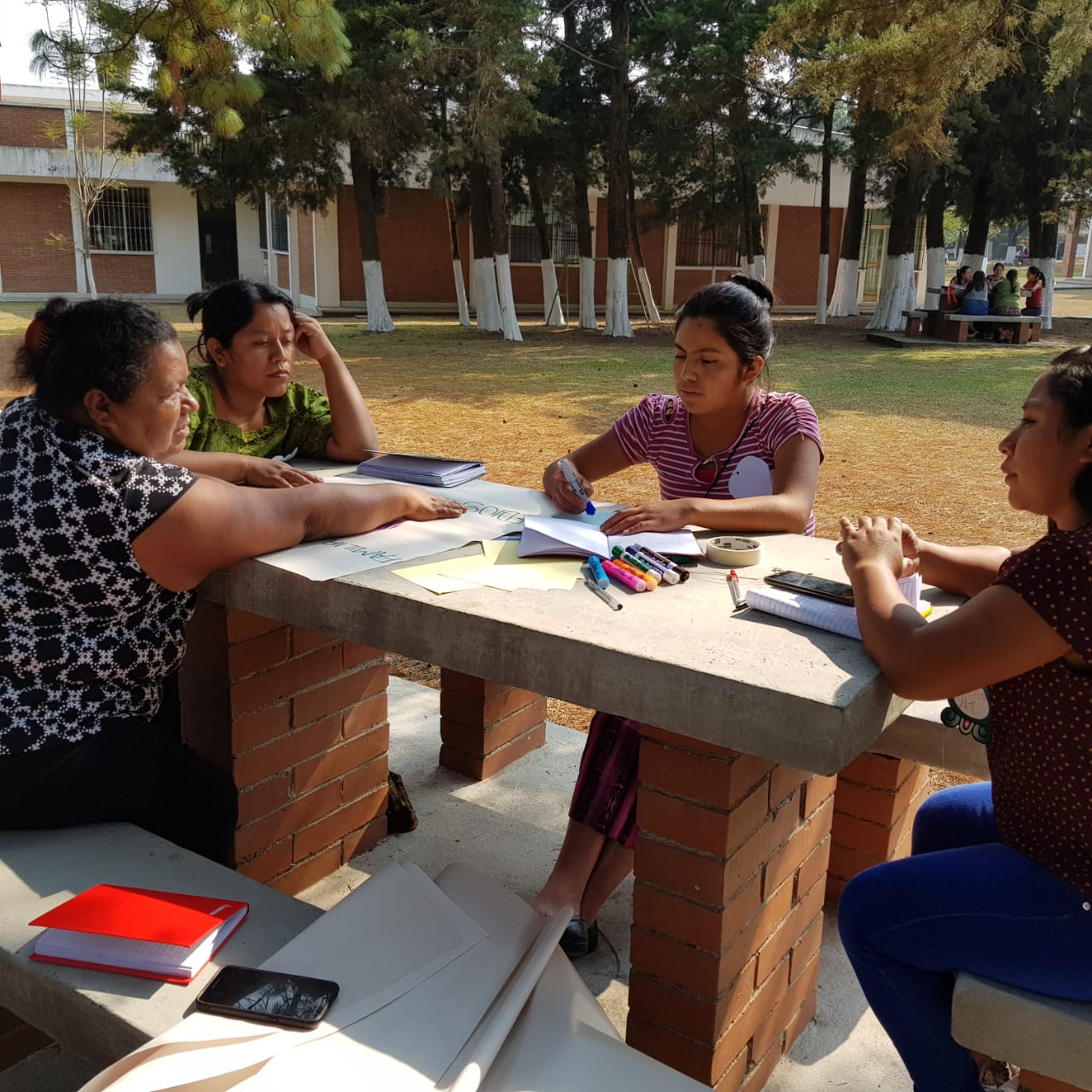 In August of 2021, Nubia Casco realized she felt exhausted, spent. The Covid pandemic and strict lockdown measures by the Honduran government had compounded the usual challenges she faced as leader of the Network of Rural Women of Ojojona. To maintain the increased workload, and to keep herself going at the same time, sometimes seemed more than she could handle.

Care surfaces as a collective issue

Nubia and other women founded the Network of Rural Women of Ojojona in 2000, in one of the poorest townships in Honduras. The organization trains and organizes women to collectively confront the challenges in their lives. The difficult context strains women leaders’ resources and ability to sustain their work.

Fortunately, Nubia’s moment of realization came among other women who were feeling many of the same things and had committed to finding collective solutions to the fatigue of organizing in pandemic times. As a participant in JASS’ Political Facilitators Course– the flagship leadership training of the JASS Mesoamerica Alquimia School– she joined twenty women community leaders to discuss topics related to feminist strategic leadership, land rights, and personal wellness.

The leadership course uses an integrated approach to care and wellbeing called Heart-Mind-Body and provides participants with tools to analyze their context, strengthen organizing  strategies, identify allies for collaboration, while also assessing their personal feelings and capacities. It was during the section on “self-evaluation” that Nubia knew she had to make some changes.

A change of course

In Honduras, where the overall poverty rate is above 73%, the majority of women live in impoverished conditions. The nation has faced constant political and economic crises over the past decades. The neoliberal model has largely destroyed any social safety net and women as caregivers are obliged to fill the void in provision of care and basic needs, especially since COVID-19 hit. The nation suffers from profound machismo and rampant violence against women, with little or no controls by the State.

For organizers like Nubia, this context provides many challenges and few supports. But by carefully examining her own leadership style, Nubia discovered that her organization held untapped resources that were critical to relieving her workload and building a stronger and broader leadership base. The JASS feminist leadership training provided specific tools and motivations to cultivate and redistribute leadership, leading to greater democratization and allowing new leaders to emerge. The Network decided to take what it had learned from the school and reorganize. It set up seven commissions: communication, solidarity, health, political participation, environment, sustainability, and advocacy and education. Members describe the change as more dynamic, cheerful, free, and organized. The change in the organizational dynamics has enabled members to make independent decisions without being dependent on the leadership because they have taken the baton with more self-confidence and have a clearer, more distributed structure for decision-making.

By putting shared leadership at the center, Nubia and her organization could relieve the burden on a few leaders and lift up the abilities and commitment of every woman in the organization. Today the members feel more capable and responsible for their organization, making the organization stronger and more effective.

The results of the shift in leadership style have been dramatic in a relatively short period of time. The Network’s membership has increased from 160 to 235 as a result of more inclusive leadership and a higher public presence. Growing the membership means that the capacity to respond to women facing violence has also increased.

By redistributing responsibilities in the Ojojona organization, Nubia and other women  leaders have also had time to participate more actively in their broader networks, forging connections and alliances at a critical time in the nation’s history. Nubia now helps to coordinate the November 25 Platform, which brings together women’s organisations in dialogue with each other and government representatives to develop a political agenda for women and feminists in Honduras. Ojojona members now participate in the National Women’s Council, the National Council of Social Movements, the National Network of Women Human Rights Defenders, and other key allies. The work of the Ojojona Network goes beyond the municipality and is well known nationwide.

JASS encourages participants to embrace and center healing and rest  critical components of sustaining themselves and their work. The transformation in Nubia herself is life-changing, she says. “I was healed. I realized that I was on the wrong track. I’ve received many trainings in my life, but I had not achieved this internal change that I’ve experienced now.” By letting go of some responsibilities and opening up more space for the other leaders, the organization and her own work have a renewed capacity to make the kind of transformative change in women’s lives that has always been their core commitment.