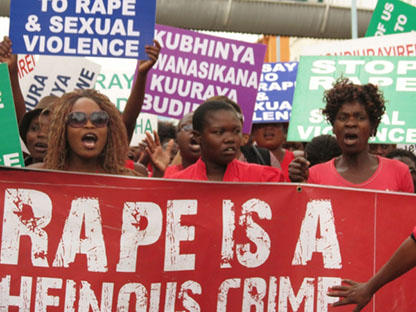 Over four hundred women are waiting in front of Harare Town House, a spot that once marked the centre of the city. There are all sorts of women in the crowd—the young and the less young, some with babies swaddled on their backs and others holding brightly-coloured placards with messages on them that say things like ‘End Violence Now’ and ‘We are Tired, Stop Rape!’ They all have one thing in common: they are draped in the colour red. Whether they’re wearing scarlet caps or crimson blouses, skirts, dresses, t-shirts, shoes, even some of the babies are wearing red too.

On February 14th, Zimbabwean women came together to take a stand against rape and sexual violence against women. It was an awe-inspiring sight, in a country where protest and free speech are heavily-monitored and often restricted, to see women streaming in the middle of a busy Harare morning, halting traffic as they shouted slogans, sang songs of solidarity and made themselves heard across the nation. Women walked four blocks from Town House to the Harare Gardens in a peaceful protest to End Rape Now and sign a petition that was later presented to the women’s ministry on International Women’s Day (March 8). 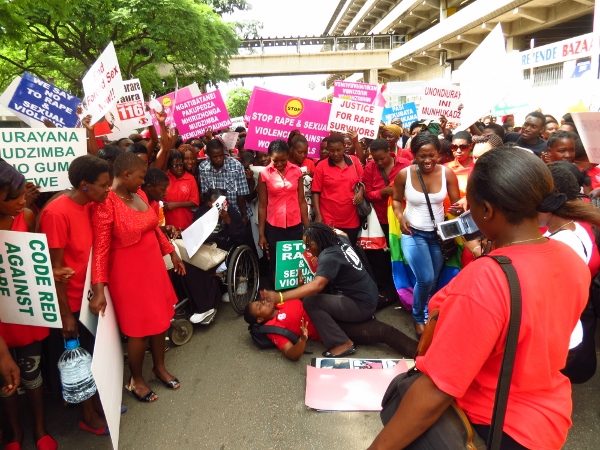 Here are seven things that struck us about this historic moment!

*Miriam’s real name has been changed.