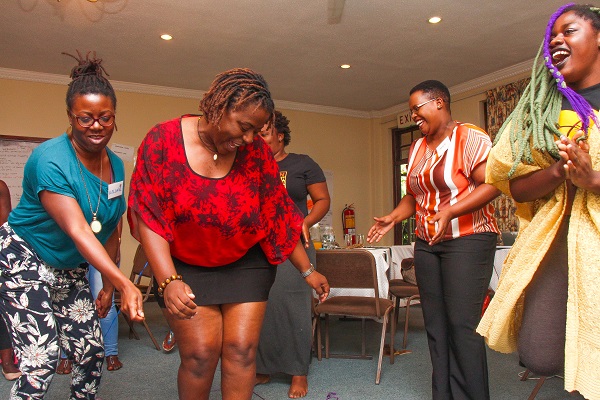 As women, we are always vulnerable to violence but there are shades of violence directed to women who do not conform to the social expectations of what it means to be a good woman: lesbians, sex workers, feminists and all women who challenge the status quo in their countries, homes, society, become even more vulnerable to violence.” These are among the sentiments shared by women activists who were part of JASS Southern Africa (JASS SNA) Cross Movement Dialogue (CMD) that took place in Johannesburg, South Africa. The gathering brought together women activists from Zimbabwe, Malawi and South Africa to identify and map the key actors, politics and policies driving the “closing space for civil society” and increased backlash against women activists in Southern Africa. Across the region, women human rights defenders (WHRDs) are forced to navigate an alarming increase in criminalization, harassment and intimidation as well as restrictions on civil society organizations which is fueling fear, and closing the space for democratic engagement.

Zooming into the operating context for WHRDs in Southern Africa

Across the region the levels of violence, vulnerabilities, risks and threats women face are on the rise. For example:

In Zimbabwe, there has been heavy militarization and securitization of civic involvement following a spate of protests that have rocked the country in the past few months. Police brutality and policing of women’s bodies has also increased with a recent picture of an unarmed woman being brutally assaulted by the anti-riot police in front of the Magistrates court in the country’s capital city, Harare.

In South Africa, the increasing levels of violence against, and murder of women and LBTIQ+ people continues to happen with impunity. Women land rights activists and farmworkers, in particular, continue to be at risk of violence by power holders including multinationals and the state. Education uprisings through #FeesMustFall and #RhodesMustFall have made the strong leadership of black women visible, many of whom are black non-binary and black LGBTQI+ leaders who are equally vulnerable given their positioning.

In Malawi, women with albinism are in danger of “systemic extinction” due to persistent attacks fueled by superstitions. Discrimination and violence against the LBTIQ+ community and sex workers is rampant.

’Even in the face of adversity, we continue organizing’ 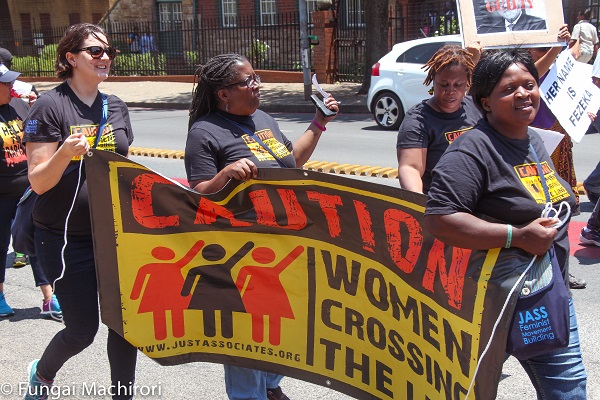 The aforementioned gives a grim picture of the organizing and operating contexts for WHRDs in Southern Africa. However, regardless, women continue fighting for justice. Women’s organizing and how they mobilize and organize in these fraught contexts, their wellbeing and how they sustain their activist fires and passions, how they understand the operating context, at local, regional and the global level has thus become ever so critical and as one participant put it, ‘even in the face of adversity, we continue organizing. The CMD was a space that allowed for activists to think about their operating contexts, their bodies, the meaning of cross movement work, solidarity in movements and what it means to learn from other resistance movements across the globe. The CMD was also a space to reflect, laugh, vent, strategize, create knowledge dance, connect, reconnect and dream about the world we want. While the dialogue managed to surface a sizeable number of issues, I have chosen three major issues that stood out for me:

“Movements bring all the seeds that will give rise to new vegetation – seeds can give nourishment”. These words shared by one of the participants sum up the need to continuously nurture, reflect, evaluate our work and our movements so that they can flourish and give seeds for nourishment. The CMD managed to bring to the forefront the importance of self and collective care as part of building strong movements, as well as the need to take stock of important shifts taking place globally, locally and regionally. As the world shifts, so should our analysis and strategies in order to fully respond to the increased militarization, securitization, violence and the general un-wellness of women’s bodies. It also provided a safe space for release, re-energizing, and strategizing for the feminist future that we want. The importance of such spaces for collective organizing can never be over emphasized and JASS SNA did this so well.