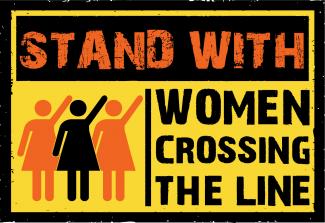 Four years ago, a young girl – Januba – from an impoverished family in a village in Tamilnadu, a province in the heart of southern India, finished middle school thanks to the determination and sacrifice of her mother, who had never attended school at all. Januba had done exceedingly well and her teachers encouraged her to go on to high school. Alas, there was no high school in the village, but Januba’s determined mother enrolled her in the high school in a town some ten miles away. Januba’s mother had been a longstanding member of a local women’s movement that had analyzed and fought against misogynistic customs and traditions, established their own parallel “women’s courts”, and simultaneously empowered the women through micro-credit and improved livelihood opportunities.

The matter came to the attention of the customary council that governed the affairs of the religious group that Januba and her mother belonged to. Throughout India, such clan/caste/religious councils continue to have sway over the members of their communities, even though they have no formal or legal authority within India’s constitutional and governance framework. They cross the line constantly, in the worst ways. Yet the government has failed to curb the power of these councils, even when their rulings and decrees violate national laws and constitutional rights, except in rare cases when their atrocities hit the headlines – such as hanging couples who had married across caste lines, for example.

In the area where Januba lived, the religious council had issued a decree that no girl should be sent to school after she reaches menarche (roughly around the age of 12 or 13). Girls should stay at home, learn cooking and housework, until they were married. When Januba’s mother refused to obey their edict, the council members sent a posse of thugs to their house. Januba’s father was beaten up while Januba and her mother were tied to a tree and whipped. They were threatened that if they continued to defy the council’s orders, they would be executed. Januba’s terrified father fled from the village and has not been heard of since.

Januba and her mother also fled, but to another part of the province, where she promptly enrolled in the local high school, while her mother did daily wage work to support her. No one knows where Januba or her mother now live – they have never disclosed their location, only that they are alive and well.