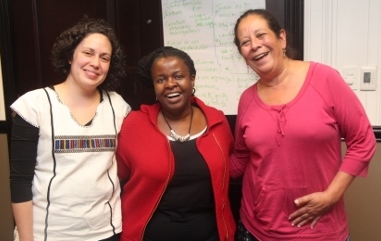 For three days in Johannesburg, JASS has been asking the big questions for feminist movement building and activism in Southern Africa: where, what, who, why and how. It couldn’t come at a more pressing time for women and women’s rights—a world famous Olympian is standing trial for murdering his girlfriend in South Africa; child, early and forced marriages continue to plague young women and girls across the region, particularly in Malawi, Zambia and Zimbabwe; and, Uganda’s premier, Yoweri Museveni has just signed the so-called ‘Kill the Gays’ bill which criminalises homosexuality, outlaws homosexual ‘propaganda’ and urges people to denounce gays and lesbians.

The time to think strategy and come up with ways to tackle the many struggles that face women and all marginalised people—sex workers, LBTI (lesbian, bisexual, transgender and intersex persons), HIV positive women to name a few—is now. Drawing on the experience and wisdom of activists from every region of JASS as well as allies, partners and friends from Malawi, Zambia, Zimbabwe, Nigeria and Uganda, the JASS Southern Africa Strategic Planning and Review has generated a lot of incisive thinking for our work. Here’s a glimpse of some of the rich and exciting conversations we’ve had. 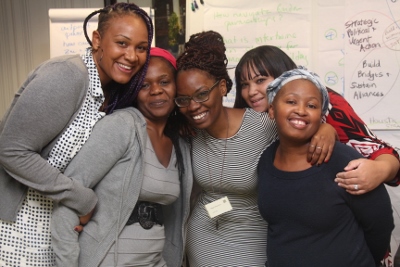 “The work of JASS is to build from the ‘I’ to the ‘we.’ It’s about thinking of how to connect women to each other and to connect to a broader feminist strategy at the local, national, regional and global levels.” – Shereen Essof, JASS Southern Africa Regional Coordinator, boils down JASS’ understanding of truly transformative organising work that starts with individual women realising their power within and power to change their lives and communities and builds upward and outward to women joining hand-in-hand to drive change from local to global. 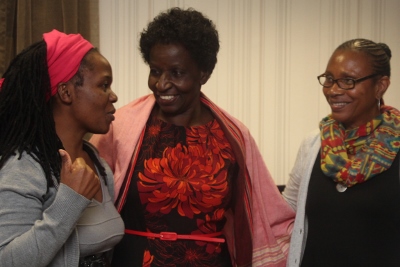 “The laws that have come up [across the African continent around LGBTI legislation, polygamy and abortion] in Kenya, Uganda, Mozambique, Zambia are signals of what’s beginning to happen in terms of backlash against women and if we don’t watch those signals now and look at how to organise and address them before they ripple into every country, then we are always ‘reacting’. These are actually strong signals of a pattern and we need to be proactive.” – Pat, feminist activist and journalist, on why we need to be more vigilant as activists in the Southern African region.

“One thing I see in the context is that we have not had deep enough conversation on sex, sexuality, sexual autonomy and bodily integrity. We have opened the door on LBTI women and that’s powerful. But we also need to talk about what it means to be female, to have a female body and a vagina.” – Everjoice Win, feminist activist, on what’s missing in the conversation on the African continent. It is not enough to have millions of dollars dedicated to sexual and reproductive health rights without throwing the lid open on sex and sexuality, sexual pleasure and diversity for all women.

“We’ve had our eyes closed by the institutionalised mainstream way of putting up instruments that are pro-women. A country like Uganda has ratified everything, there is a contradiction of putting signatures on issues but that ink doesn’t mean anything for women in real terms. How are we as women challenging the system for saying and never doing?” – Ruth Ojiambo Ochieng of Isis-WICCE Uganda talks about why we need to hold our systems and our leaders accountable for protecting women’s rights that they themselves have signed onto with laws and instruments such as CEDAW (Committee on the Elimination of Discrimination against Women). 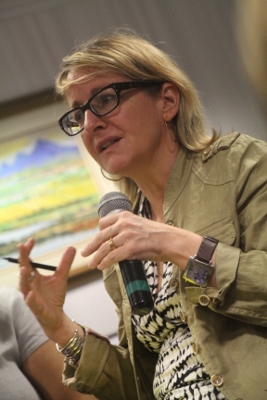 “There is some hope. Sex workers are organising, LBTI are organising. All of the backlash we are seeing from the Musevenis and Good Luck Jonathans tells us that we are raising the bar on these issues and kicking the door wide open. Just even uttering the words, ‘I am a lesbian’, that means a lot in this context.” – Everjoice Win’s words of encouragement on feelings of hopelessness and apathy in the face of seemingly overwhelming issues.

“JASS has always straddled these very challenging, creative and political tensions in our work. We strengthen political organisers but we must also, given the current economic context, address needs and rights so that we build the social fabric in a different way and women are able to sustain themselves and their families. We need to use social media in exciting ways while acknowledging that in this region, a very small number of people have access [to the digital sphere] and so our strategies have to go back to basics, community theatre, posters, radio and street art.” – Lisa VeneKlasen, JASS Executive Director, speaks to some of the complexities and contradictions of doing women’s rights and feminist movement building work. The revolution has never been nor will it ever be neat, linear and easy. 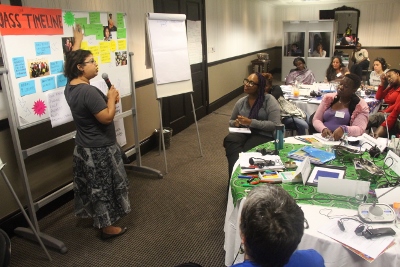 “It’s about creative and unusual partnerships. If we can activate alliances with unexpected partners, there is a lot of energy in that. JASS Southern Africa’s partnership brings together sexual and reproductive health rights activists, religious leaders and HIV positive women activist leaders and dynamic communicators together to maximise the impact of our work. If you’re able to traverse all of that, contradictions and complexities, in order to do work, it’s powerful. To have a religious leader like Rev. MacDonald Sembereka speak out on sexual minorities is powerful.” – Shereen Essof outlines the kind of imaginative, agile and sometimes seemingly bizarre partnerships that we need to forge in order to confront the problems stacked up against women. No single organisation or group can do it alone, we need to find ways to strengthen our movements and build together to make greater impact on women’s lives.

All photos are courtesy of Fungai Machirori.