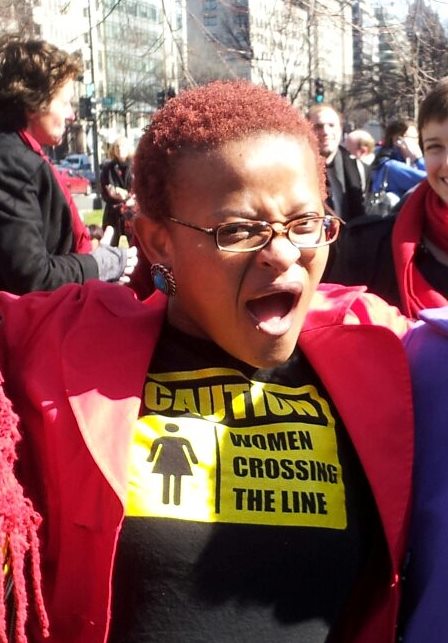 Where to start? … Over a week ago, I attended a dialogue—The Importance of Youth Leadership in Africa: A Discussion with Young African Leaders, hosted by Congresswoman Karen Bass. Catchy title, but I wish I could say the same about the discussion. I was excited and ready with my notebook and pen to write down juicy stuff but 15 minutes into the conversation, I had packed my notebook back in my bag while my right leg bounced up and down as l debated whether to stay for the rest of the discussion. If I was to summarize my reaction in one word, it would be: disappointment. “But why,” you ask? Aren’t you like an African youth? Don’t get me wrong; as a Zimbabwean living in the U.S., I appreciate and value having these conversations because it gives me an opportunity to discuss issues and moments that affect my generation and my home. Most times, these discussions leave me with a sense of hope and inspiration. But, coming out of this particular dialogue, I had more concerns and questions than inspiration.

Despite the fact that all of the panelists were under 35 and from Ghana, Togo and Rwanda—the narrative about African youth missed the target by a long shot.

Is there some mythical homogenous “African Youth” out there? That was the first concern for me. I find this idea ridiculous. A young man from Sierra Leone, a woman from a suburb in Zimbabwe, another from Lagos—we might share the same continent, we may even have similar country histories and but our experiences are not homogenous. Women and men experience life differently; women from the same country have different experiences too. To assume that one can teach an entire generation of men and women from 55 different countries with a single, one size fits all approach is absurd. Also, who is we? We will teach, We should provide, We….

Speaking of women, where were they in this discussion? There were about 23 young African leaders present at the discussion, including from President Obama’s Young African Leaders Initiative (YALI) but somehow only 3 of them were women! How can a discussion—albeit an off-target one—that presumes to represent an entire complex group of people, omit the presence and voices of young women? Of the three panelists, one was a woman, which I was very excited about. However, when the topic of African young women came up, one of the most startling responses from her was something like: “… African women tend to have low self-esteem.” I know what you’re thinking… WHAT! First of all, who are these, “African women?” And what does self-esteem have to do with it? This kind of thinking tends to minimize real issues by individualizing them. It would be the same as saying, “to end poverty, just increase employment.” Yet employment does not erase some of the structural and cultural inequalities that need to be addressed. Even with such shocker statements, I had some favorite moments like when US Ambassador to the Republic of Botswana, Michelle Gavin spoke up on the lack of women’s presence and voice among the leaders, and how it is important to include them in these kinds of spaces. While I applaud her statement, I think it’s important to also remember that having more women representation in these spaces does not necessarily translate into the changes we want. What’s important is how we use these spaces given the different power dynamics.

Voices are vital. One of the panel speakers said something along the lines of, “I would like to go back to my country and change the youth’s mentality. I would like to take all I have learned here in America and teach them.”  My reaction: HUH?!  It almost felt like he was saying, “I will take the best practices in America and teach them to our youth because they have no clue about anything or whatever they are doing or the way they are doing it is not the correct way.” While I think that it is important to learn from each other as states, it is also equally important to be cognizant of the context and its people. You can’t take policies that have worked in America and apply them to Zimbabwe, just as you can’t take policies that have worked in South Africa and apply them to Zimbabwe because both countries are in Africa—hence it should work? You need to understand Zimbabwe’s political, economic and social environment keeping in mind the historical context and how that has affected the present and how it plays out. You need to understand the people. Who are they? What do they want? How do they define these principles such as democracy, development, leadership which we so often site in these conversations as the solution to Africa’s problems? Failing to do so is imposing our idea of what we think the people want. It silences all the voices that do have something to say, and makes them passive and invisible participants on issues that affect their lives. When you value voices, you realize their importance because they all speak from different places and experiences—something vital when trying to create any kind of change. People need to be the drivers of their own change. When you come into a community, you can’t impose your idea of what needs to happen. Let them tell you how what their problems are and how they experience them. Let those issues surface and be told from their voice/s.

Change is not a linear process. To just say, “We will train youth, give them skills and change their mentality” is missing the mark. Of course, training and skills are very important but should not be seen as an end goal. There is a tendency to respond to complex problems with one-size fits all solutions. Yet when you think of it, if problems are complex—influenced by different things—then shouldn’t their solutions be different too? So, it is not effective to focus solely on the individual’s behavior, traits etc without placing them in their context. They are part of the complex—going in different directions kind of change—that is not linear—change that looks at the person, their lives, their environment, relationships etc. The starting point is always the people and they should be involved in every single step of the way in this journey where you—whether as an organization, trainer, or social worker etc—play different roles at different moments.

Shift the narrative on Africa. Africa has always been understood and generalized as a country rather than continent with diverse people and cultures. While we may have common problems due to our colonial history, these have expressed themselves in each country very differently. So, when we have conversations on Africa, we always need to come from a place where we acknowledge and appreciate that. We also need to shift how we see Africa, which in most cases is a helpless continent that needs “saving”. In these kinds of spaces we should help challenge and shift narratives by balancing conversations. I liked one man’s comment, “Africa can learn from America but America can learn from Africa too.”

When I went back to the office after this discussion, my co-workers eagerly asked, “So, how did it go?” I responded with everything I just said above. They were all equally shocked and amazed by some the statements that came out of this. As an international women’s rights organization, JASS values women’s voices; seeks to understand women’s problems from their perspective and within their context; understands problems from a broader perspective; etc. I feel privileged to be a part of JASS because it has deepened and widened my understanding of issues and how change happens.