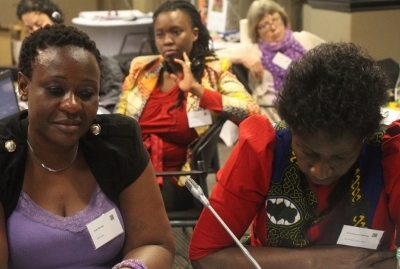 I read Ngugi wa Thiongo’s The Trial of Dedani Kimathi years back when I was still in lower secondary school. The character that sticks with me most since that time is the woman political activist who works to support the liberation movement. She smuggles a gun into the courtroom by storing it in a loaf of bread with its insides removed expertly for that purpose. She is an ordinary market woman but uses her agency as part of the formidable people’s liberation movement to unseat colonialism in Kenya.  No one has taught the woman the skill, just as no one taught Gorky’s Mother how to organise the underground movement that supported the masses during the Russian Revolution.

This to me says something about women’s transformative agency. I used this example in conversation with my colleagues over lunch at the JASS Southern Africa Strategic Planning Meeting in Johannesburg, South Africa. JASS is meeting over three days with women activists from across the southern African region as well as representatives from JASS Mesoamerica, JASS Southeast Asia and JASS Crossregional. The context of our discussion today was feminist organising against a backdrop of seemingly ailing women’s NGO (non-governmental organisation) institutions in almost every space in Africa.

Wherever you look in the southern African region and indeed the continent, we hear the familiar catchphrases: “women in politics is the ONLY way forward for development and women’s emancipation…” and yet what does political participation on its own mean for women’s lives in reality? Many of the women leaders in government structures are fragmented and isolated, struggling to push forward meaningful pro-women agendas within overwhelmingly macho, patriarchal structures that have no interest in preserving the rights of women. Some of those women do not have women’s rights at heart. We assume that just because one possesses a vagina and identifies as a woman, one is automatically interested in fighting for and with other women. This is not always the case.

Everywhere, we are finding that the mainstream solutions and strategies to forge a better world for women are floundering. National, regional and international legal frameworks created to protect women and their rights have no absolute meaning for women on the ground. It doesn’t matter that Zimbabwe ratified the Convention on the Elimination of all forms of Discrimination against Women (CEDAW) if the treaty has never been domesticated and no woman can use it to gain legal recourse for injustice and violations committed against her.

Given this stagnation, how can feminists provide alternatives that can lead to women’s emancipation, dismantle the patriarchal order and build a better world?

One thing is that we need to ask ourselves if we’re going after the real Big Bad (as Zimbabwean feminist, Everjoice Win puts it) or whether we’re pouring our energies into all the wrong places. This is about power, understanding and analysing it. If we don’t understand where the power is and who holds it, we have no hope of fighting it or creating sustainable and real change. JASS’ power analysis identifies visible power (governments, laws, policies) around which much of women’s organising has revolved for the last two decades in southern Africa with varying degrees of success. But what the power analysis also does is that it recognises that there is more to this story than visible power. There is hidden power in institutions such as churches that preach the gospel of sin and drive much of the neo-conservative agenda on women’s rights to bodily autonomy and sex and sexuality rights. There’s also invisible power seated in the hearts and minds, culture and tradition—the ‘little voices’ that justify violence against women, that shame and blame women and their bodies, and tell women it’s ‘good’ and ‘right’ to be subordinate to men.

It’s important to remember that liberation movements are powerful movements. Very powerful, very well oiled and organised, ANC in South Africa, FRELIMO in Mozambique, and ZANU PF in Zimbabwe…. These are strong movements with a lot of power. That’s very significant in terms of [women’s organising in southern Africa] because we have to ask where are the decisions that affect women made. My contention is that we have been sold a dud as women. Women can sit all they want in parliament until they go red in the face but the truth is that is not where decisions are made. JASS has a wonderful way of getting around that question [by identifying visible, hidden and invisible faces of power] but we [as women’s movements] are not addressing it. ~ Everjoice Win, Zimbabwe

We also need to realise that even within increasingly violent and undemocratic contexts, women are not stuck in the way a lot of mainstream NGOs are. They are organising and mobilising, finding innovative strategies to push the women’s rights agenda and cracking open conversations around taboo issues such as sex, sexuality and women’s bodies and what they can and can’t do with them. For instance, informal market traders in Zimbabwe who are selling simple goods like second-hand clothes, fruits, vegetables and—believe it or not—dildos and sex toys smuggled in loaves of bread just like the woman in Dedani Kimathi! These women are not just making their livelihoods and generating income for their families but they’re actively and practically exploding what it means for women to take control of their own bodies and sexual pleasure in a context where that’s just not the done thing. They might not call themselves feminists but they’re doing important and radical work that isn’t always made visible in mainstream discussions by women on the grassroots or community level. How do we tap into these pockets of dynamic women’s mobilising?

We are struggling as a region to throw off the blanket of the mainstream that is dominating the ecosystem for women’s organising. NGOisation and outdated strategies mean people think in particular ways. But the power to self-organise exists! Just look at how people manage to survive. ~ Rudo Chitiga, Zimbabwe

At the end of day one, the JASS Southern Africa Strategic Planning has thrown up a lot of questions. Not all of which we have the answers to. The conversation has only just begun, and over the next two days, women activists from JASS as well as allies and friends from around the region will bring their experience and knowledge to bear on how we JASS Southern Africa can re-think, re-tool and revise our strategies going forward.

Keep up with the JASS blog for more updates!