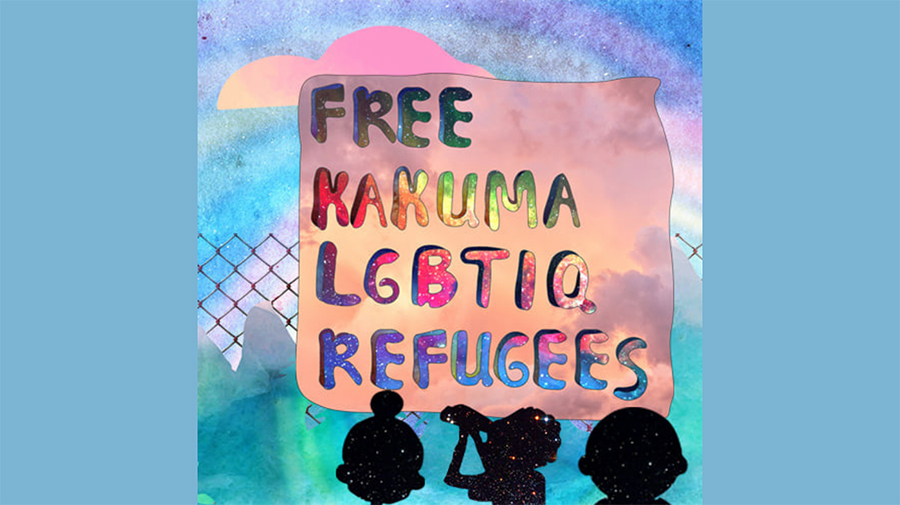 In the early hours of March 15 2021, two ‘houses’ occupied by LGBTQ+ human rights defenders were torched in Kakuma Block 13, a refugee camp in Kenya, leaving 2 LGBTQ+ members of the community with 2nd-degree burns. The police and medical personnel were slow to respond to the emergency calls, subsequently leading to the untimely death of one of the burn victims. This incident was the latest in a long list of attacks against LGBTQ+ refugees at the camp. The slow response by the police and other authorities normalizes and perpetuates the violence, vulnerabilities, and indignity experienced by LGBTQ+ refugees.

The Coalition of African Lesbians (CAL) and Just associates (JASS) Southern Africa joined a call by local activists and organisations to coordinate a response to this crisis. While our 2 organisations had worked together before, the context of the Power UP! consortium has created the opportunity for both our organisations to think more strategically about undertaking joint actions in solidarity campaigns. Together, we published a first statement to denounce the situation at Kakuma camp.

Our statement was one of many actions undertaken by activists and organisations to put pressure on the United Nations Refugee Agency (UNHCR) and the Kenyan state to provide appropriate emergency care for those in need, following the attack of March 15. In light of further developments in this case, we worked on and published a second statement highlighting the poor response of both the UNHCR and African Human Rights Commision. Together with the Triangle project and other members of this growing coalition of activists concerned about the events at Kakuma, we worked to mobilise and organise online actions such as a twitter action campaign to put pressure specifically on the UNHCR, the implementation and diffusion of an online petition that has collected more than 7000 signatures to date and the collection of donations for the burnt victims.

Patriarchy at the root of oppressions

Women’s rights, sexual and reproductive health and rights and the rights of LGBTQ+ people are tightly intertwined. It is the same source of oppression and power, often under the same justifications: preserving culture and traditions that entrench inequalities, that relegates women and non-normative people to the role of second class citizens. The failure of African States to take decisive and bold actions in matters of gender equality and to protect the rights of marginalised people continues to fuel multiple forms of violence on the continent.

In the context of the 68th session of the African Commission on Human and Peoples’ Rights (ACHPR) we submitted a statement in collaboration with AIDS and Rights Alliance for Southern Africa (ARASA) making clear links between the ongoing situation for LGBTQ+ refugees at Kakuma and the realisation of women’s rights and sexual rights on the continent; a parallel created and concluded on the basis of perpetual othering within the commission, snail changes in policy and unjust criterion.

Women across Africa have the right to contribute to the creation of culture, including through the contestation of dominant norms and values within the communities they belong to, and they have a right to not be hampered in these efforts by the paternalistic gatekeeping of States. The Power UP! consortium offers us in the next 5 years exciting opportunities for collaborations between consortium members to address the root causes that prevent gender equality in 17 countries across the globe.
With strong networks and ties in the Global South, CAL works to support feminist organising and movements to achieve their own set goals. Realising that real tangible solutions require input from those who realities are affected, within Power Up!, CAL will provide technical and strategic direction to support consciousness-raising, knowledge production and provide feminist political education for African activists and women human rights defenders (WHRDs), focused on African queer feminism, pan-Africanist ideology, decolonisation as a framework of organising, and the importance of bodily autonomy in relation to self-determination.

Our work within Power UP! will focus on the ability for WHRDs to express voice, demand autonomy over their bodies and access to resources. Spotlightlighting those that represent constituencies that have been marginalised in their communities and social movements: LBQ3 women, HIV+ women, sex workers, women workers and rural and indigenous women. The work we will undertake jointly with our coalition members, partners and with other Power Up! consortium members will hopefully contribute to the prevention and elimination of the attacks on our bodies. Together, our voices are bigger, louder and stronger.

Despite a turbulent 2021, women made some big moves. Learn about how Power Up! supported…

A riddle:  What is more powerful than power?   As the oceans boil, and the hurricanes…