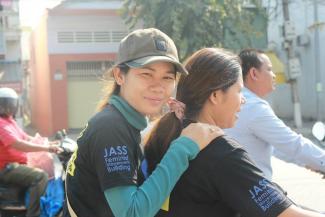 I got married at the height of the Cambodian peace rallies last year. During this time, the women’s groups in the peace rallies formed a volunteer paramedic team and I immediately joined. But, this decision became our first marital argument.

My husband forbade me to join the paramedic team and the protests. He said he was worried about my safety, but I disagreed with him. I told him that the issue about my security would not prevent me from volunteering and from joining demonstrations.

After this experience, I decided to talk to some Cambodian men whose wives are also activists to find out what they thought about their wives’ activism. They all told me that women’s activism is a “waste of time”. My husband says that women are foolish and cannot change anything, unless a man is leading an organization or a team. He says that any group or movement should be led by a man so that the man can protect the woman.

I was raised in Khmer culture — a culture that places higher value and status on men, which gives them more power.  Men are considered superior, attaining high position in society while women are considered as second class citizens. Both men and women strongly accept this practice – this patriarchal system.

When I was around 12 years old, I observed that my mother followed my father’s advice all the time even if she did not agree with him. She had to ask my father for permission every time she visited my grandparents. And when my father refused, she just relented.

My mother also taught me to listen to my brother’s and father’s advice without questions. So when I was young, I thought that men have higher status and position than women while women’s role is to follow men’s wishes and advices. Such practice perplexed my young mind and I found some advices from my father and brother unreasonable. I was confused, angry, questioning the rule in our family.

When I finished high school, I started to challenge this belief—superiority of men over women. I began to change and challenge all the traditions which I believed have negative effects on women. I say “No!” to what I don’t agree with and refuse to be “controlled” by my family members, especially by my father and my brother. But challenging Khmer tradition in my family can be daunting that sometimes I doubt if I am doing the right thing.

A few years back, I was fortunate to attend a training on “Gender and Behavior Change” provided by Gender and Development Cambodia (GADC), a local non-government organization that promotes women’s rights. I also read some documents related to women’s issues. I felt relieved that I am not alone anymore because I met new friends in GADC who gave me an idea on how to change myself and others.

My friends strongly encouraged me. Slowly I started using my power and advocating for my rights. Joining Cambodian Young Women’s Empowerment Network (CYWEN) and JASS reinforced my confidence and knowledge. Now, I feel free. I have many choices to have a better life. 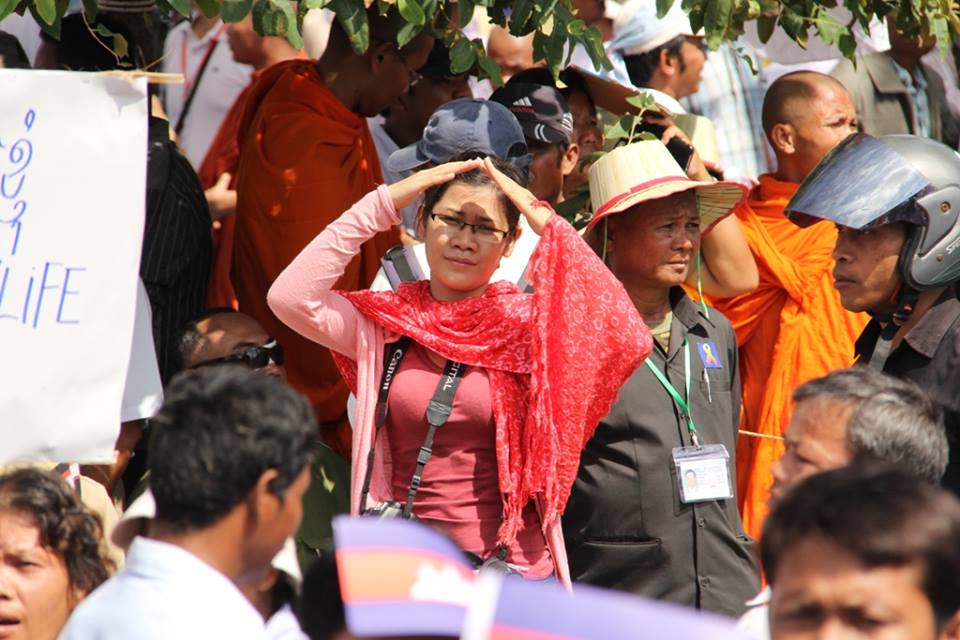 Like many Cambodian women, I am performing double tasks—as a homemaker and as an activist/development worker. In recent years, Cambodian women have been slowly changing the political landscape in the country; people say we are no longer the meek and submissive housewives who have no say on social affairs (and the Boeung Kak land rights activists is a proof of this change).

Cambodian women are now taking the lead on discussions on social and political issues – not only on women’s rights but on the rights of all sectors – particularly the grassroots. Cambodian men need to be included in women’s awareness-raising efforts. But I feel that particular focus should also be placed on Cambodian husbands of activist women. In the end, men are part of the “struggle” and not its enemy.

Cambodian women have been deliberately silenced for a long time. Now is the time for women’s voices to be heard. I am not afraid to fight for my beliefs, even if in Cambodian culture, a woman is not supposed to take part in political affairs. I am not afraid to speak up and stand up for the right thing – within and outside of the family, even if in Cambodian culture, the husband has considerable control over his wife. Eventually, what I want to change is the unequal power in society, including that between a man and a woman or that between husband and wife.

And, despite an increasingly repressive atmosphere in the country, women activists like me are multiplying in number. Because of repression, new activists have firmer resolve and want meaningful changes in society.

Gladly, my husband has realized why it is important to get involved. So now, whenever he sees me preparing to attend the protest rallies, he just says, “Run very fast when police starts dispersing.”