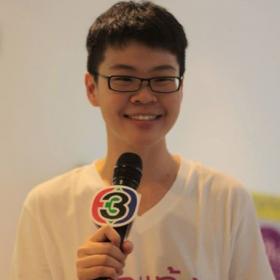 “We can make it happen. People need to break the culture of silence. Women’s experiences on undergoing abortion are real and we only need to communicate these to the world. Art performances and film screenings and other creative platforms open spaces for discussion which bring out participation and sharing of experiences and ideas, especially on taboo topics such as abortion,” says JASS Southeast Asia’s Sattara “Tao” Hattirat of Thailand.

Thai women made waves on the occasion of the Global Day of Action for Access to Safe and Legal Abortion on 28 September 2013 as JASS Southeast Asia (JASS SEA), along with Women on Web Thailand, Women’s Health Advocacy Foundation (WHAF), and independent rights activists in the country organized a public campaign in Bangkok, Thailand targeting young women who need access to safe abortion, as well as their families and friends. It sought to empower women by voicing out abortion stories from women’s perspective.

One of the highlights of the campaign was an outdoor street performance at the Bangkok Art and Cultural Center (BACC). The street performance illustrated a woman’s experience on undergoing abortion and the social stigma pressing on her. A young woman, clad in white, 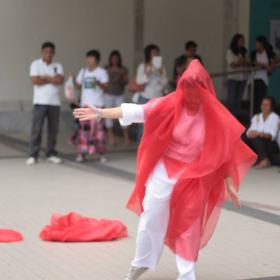 represented a woman who had an abortion. One by one, a dozen people put red fabric on the young woman; the red fabric symbolized the harsh judgment of the different social institutions. The performance caught the attention of pedestrians of the busy streets surrounding the cultural center; some of the people in the audience were moved to tears while watching the performance.

An indoor film screening succeeded the street performance. “Tom Hang” a series in “Love, Not Yet”, was the film shown in the screening session. The talk with film director Intira Charoenpura offered insightful comments on abortion and how women who were not allowed to make their own choices suffer. As film makers and directors are considered celebrities, they have the power to shape public opinion; films are effective media to popularize women’s advocacies.

Society continually tells women to act in one way or another, tells us what is appropriate or sinful, however, at the end of the day society does not take responsibility for women – we are left to fend for ourselves. Women should not be marked for the rest of their lives for a decision they make when they are young,” says film director Intira Charoenpura.

Women from all walks of life – activists, community leaders, and mothers of daughters who had abortion, college and high school students and academics – gathered in the ensuing discussion forum. The atmosphere was energetic and touching. It allowed people from different groups to talk about abortion in a public space for the first time.

“Society is a very important part in deciding whether she has a place to stand in society; my kid made her own choice,” says a mother whose daughter had an abortion. 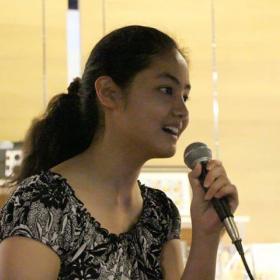 Young women also shared their views during the dialogue:

“When a woman has an unwanted pregnancy, she is judged as a slut, a bad daughter, and a bad woman. If she chooses to have an abortion, she is stigmatized by the whole society and everyone tells her that it is sinful. Whatever she does afterwards is judged as a result of her ‘sin’ of having an abortion. What we need to change is society – not the women who have an unwanted pregnancy. We need to change society so that women can make choices about their own lives and women can make choices free of judgment and lifelong stigma posing on them,” says college student Nitchakan Hongkanchanapong.

In my entire life of working in this issue, there is no woman, none at all, who wants to have an abortion. No one gets pregnant so they could get an abortion. Legalizing abortion is not ‘free abortion’. It doesn’t make people have more of it,” says Kritaya Archavanitkul, Institute for Population and Social Research (IPSR), Mahidol University.

Many grassroots women who joined the event felt empowered; they pledged that they would go back to their communities and promote the cause. Activists from various organizations who joined that day started to plan for future cooperation in promoting access to safe abortion for women.

From the dialogue, we learned from women who seek safe medical abortion support that they know what is best for them. Pressure from their partners or families could result to uncertainty and indecisiveness among women. There is conflict between what they want and what their boyfriends or families want,” says Thai activist Tao Hattirat, one of the organizers of this event. Tao is active in JASS and is a member of the young organization called TEA or Togetherness for Equality and Action Group.

There were approximately 50 people, 40 of whom are women, who took part in the event. Most of the people who attended were open-minded yet still ambiguous and lack information on the issue of abortion.

As we make abortion taboo, young women who go through it have to face it alone. Being forced to go through this alone poses a physical risk. Emotionally, it’s an exhausting experience when you cannot talk about it with anyone. Family and friends can easily help by coming in, not judging, listening and talking about it,” says Tao Hattirat.

Women students, older members from communities, academicians and NGO activists who came to the campaign activities now stand in solidarity with the women’s cause; the men in the audience likewise pledged to be allies.

Three days after the action, community leaders and activists who attended the event reported back their initiatives to further the cause in their communities or line of work. Some of them planned outreach activities on access to safe abortion. This unexpected result was well-received by the organizers of the event.

As for the next steps, Thai women activists are planning to duplicate the campaign in the communities and open up a space for information sharing and empowerment and promote it through social media. Indeed, the discourse on safe and legal abortion is gaining ground in Thailand.

Thailand paves the way of opening a sensitive topic like abortion. As the campaign gains momentum, Thai women can raise the issue and demand their government to provide accessible, safe, and free health service for women. 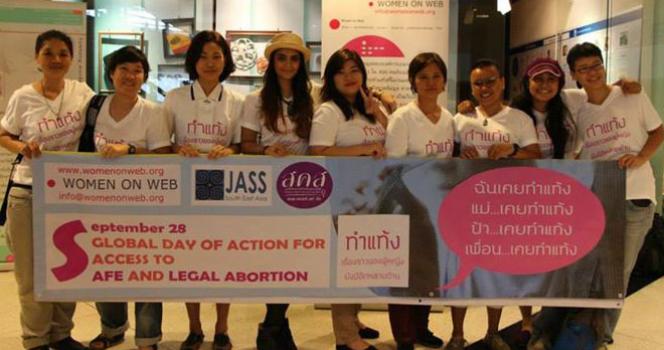