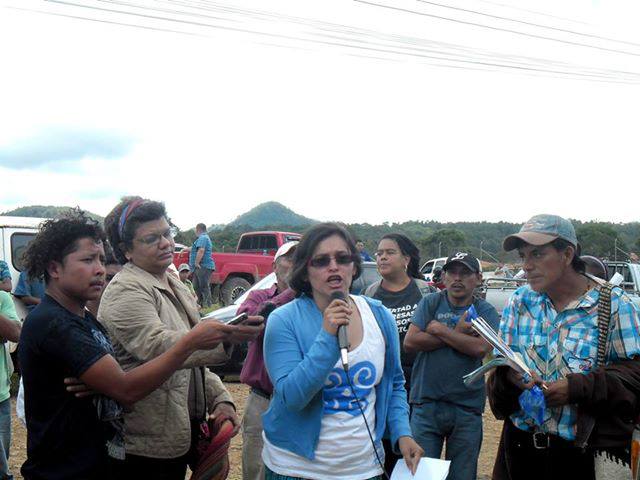 Mahatma Gandhi used to say, “What is obtained with violence can only be maintained with violence”. It is with violence that the power elite successfully kidnapped democracy in our country. As much as they have wanted to disguise the truth by repeatedly lying in order to convince us that “national reconciliation” is underway, we are aware that this dictatorship that began with a coup d’état continues to destroy our lives and condemn many of us to death. Yet, poetry is always with us and in our hearts we know that they can cut all the flowers but they can never halt the advance of spring. For this reason, I write from an intimate space where sharing is through words, in order to outline a bit of the spring and the dreams that our people have been deprived of. I’d like to give myself the opportunity of dreaming of a country that I’d like to build, and not the country that I’m told I should want. I want to silence the voices—the ones we all hear—the voices of those who carry weapons and restrict my rights and yours.

Some years before 1821, a soldier had the luxury of imagining a country. One October 3rd, Francisco Morazán was born and became a man who fought, with the support of thousands of women, to bring freedom, not only to Honduras, but to all countries of Central America. Now, as we commemorate his birth, it is fitting speak of what it means to be a soldier, an army, and what we mean by that abstract entity we call Peace. We honor the courage of a person who, like many others, decided to disobey the power elite’s mandate, and who, in spite of being a soldier trained by Spanish oligarchs, decided to challenge them and to struggle on behalf of not only the Honduras of his dreams, but also the Central America of his dreams.

The dreamers of that era saw many tasks go unfulfilled, but now it is our opportunity: What kind of Honduras and Central America do we dream about? Is it where everything—power, “security”, agreements, public goods—is obtained by weapons or armed men? I hope not. Therefore, today I would like everyone to think of this day not as just another holiday or as a day for soldiers, but rather as a time to receive inspiration from men and women who, like Morazán, continue to struggle. People like Lempira, who stand shoulder to shoulder with Visitación Padilla, Clementina Suares, Karla Lara, Suyapa Martínez, Berta Cáceres, Víctor Fernández, Karen Mejía, Aureliano Molina, Magdalena Morales, Tomás Gómez, Lilian López, Miriam Miranda, Mirna Durón, and all the Honduran people who continue to RESIST, even when their hands are bound while a weapon points at their chest—the weapon of the police, the military, the “tigers”, and the attorney general’s office. The weapon is a symbol of all the ongoing manifestations of violence created to crush our dignity. Soldiers! I want to invite you to leave aside your uniforms, and to quit that institution of death. I invite you to join your people, to stop pointing your weapon at us and to dare to dream so that, between the whisper of our mountains and the roar of our rivers, only the Sun can cast its luminance, brought by love, respect and care, so that, at long last, the Spring of Democracy may shed its light on our people.