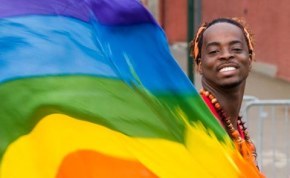 “Would you fight for the rights of sex workers?” I asked a group of young women in a feminist workshop recently. For most of the women in the group, there was a clear discomfort with even the idea of working with sex workers as part of the feminist movement. “The Bible clearly says that sex work is wrong,” said one participant who was determined to ‘reform’ sex workers, “If I did work with sex workers, I would try to help them to be rehabilitated from that life.” Another said “I wouldn’t work with sex workers as that would be encouraging them to remain in their field of work which is wrong.”

I grew increasingly frustrated with the opinions coming from the group. It reminded me just how divided the Zambian feminist movement is, and how we exclude sex workers from our organising and agendas. I was also struck by how we are selective in the way that we apply our Christian values, for example, no one opposed sex before marriage. Sex was up for discussion, just not sex work.

Sex workers are sinners as they defile the temple of God which is their bodies whenever they engage in their trade with different men, sex work is degrading and exploitative. ~ Young woman activist

Activism around sex work remains at the periphery of the Zambian women’s movement and sex work is seldom the focus of discussions when women organize for social justice in Zambia. Equality and inclusion, fundamental feminist principles, require that we draw together the voices of all women so that we can be part of a vision for change – whether we advocate for improved policies and legislation, or provide counseling and support services, or fight for access to resources. It is up to us as a feminist movement to embrace the struggles of every woman without moralizing and judgment. Since sex workers are one of the most marginalized groups in society – discriminated against as women and as sex workers, they should be at the top of our agenda.

Sex workers are human beings and like any other human are entitled to human rights under national and international agreements. The right to life, safety, free speech, political action and access to information and to basic health and education services is as important to sex workers as to anyone else. No one should lose these human rights because of the work they do. ~ Wala Nalungwe

Every person deserves the right to live a life free from violence yet, in Zambia as in many places, sex workers are routinely insulted, harassed and assaulted by clients and even by police who know there is little or no chance society will condemn them for it or that they will be held to account by their superiors.  These assaults contribute to sex workers’ physical vulnerability, poor health and cynicism toward legal authorities and social service providers.  Sex workers are also often targeted by criminals who prey on their reluctance to report attacks to the police out of fear of suffering further injury or insult.  Whatever their legal status, sex workers deserve as much safety against physical and sexual assault as any other persons, yet, these rights are often ignored and actively denied them.

The myth of “saving” sex workers from themselves…

Too often sex workers are portrayed as damaged human beings with no agency or personal power, in need of rescuing or as “bad women” who must be reformed. For some, their reasoning for criticizing sex work as an occupation is that “no normal woman would engage sex work by choice its either she was abused as a child or she just loves sex too much.”

In Zambia, most if not all the interventions for the improvement of the lives of sex workers are focused on reformation and alternative ways of earning a living. Low economic status and lack of employment opportunities are just some of the reasons for women choosing to engage in sex work. Feminism is about expanding women’s choices and allowing them to make those choices free of coercion and judgment. Instead of focusing on reforming sex workers, we need to focus on creating environments where sex workers can engage in their profession safely and have the power to make choices about their conditions of service. An environment where all sex workers can enjoy their rights, including access to health care, education, and an end to discrimination, stigmatization, and violence.

Tolerance for difference in Zambia – views, experience, and choice – is low. Recently, outspoken human rights activist, Paul Kasonkomona, was arrested after appearing on television advocating for access to healthcare for sex workers, prisoners and sexual minorities. Backlash was quick to follow with Zambia’s police chief announcing Kasonkomona’s arrest for “inciting the public to take part in indecent activities.”  It’s time for the Zambian feminist movement to stand up. As feminists we are fighting the systems that perpetuate unequal power relations between men and women, this means fighting for the rights of all women including the rights of sex workers and sexual minorities. Sex workers’ rights are women’s rights!