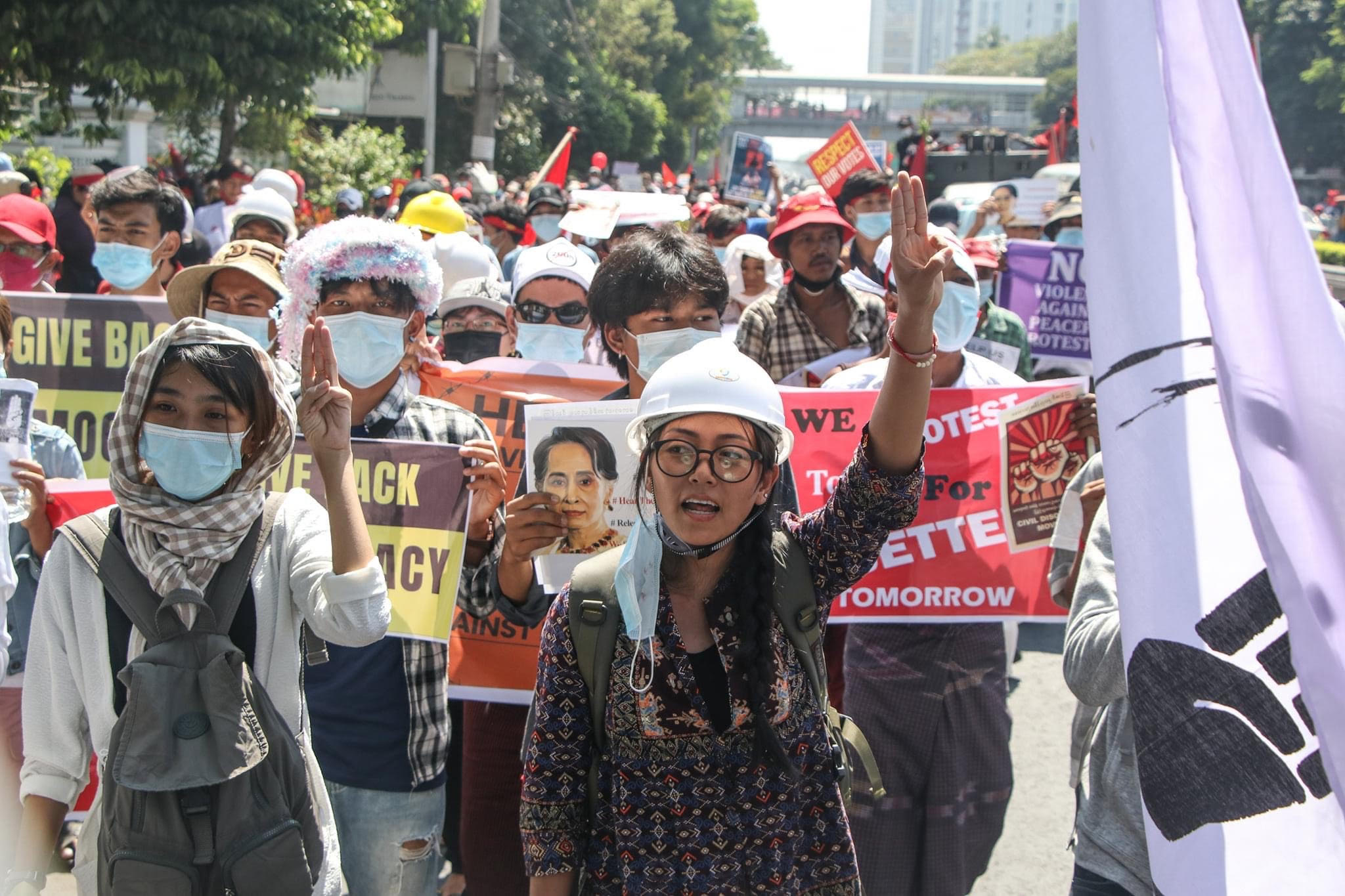 Women have been at the forefront of the sustained resistance to stop the military coup and demand for democracy in Myanmar. Since 1 Feb 2021, when the military seized power, people from different communities and sectors took to the streets, with women making up for 60% of the thousands protesting every day. Most women activists and feminists say that they need to win this time, otherwise, “we have no words to say to our younger generation and kids.”

Women constitute more than half of Myanmar’s 51 million population (including 135 ethnic groups). Women across ethnic groups and movements are actively and creatively leading and mobilizing people to participate in the civil obedience and seeking support from others, including lobbying the regional and international community. “I bang pots and pans, [and] never thought I would become a safety guard, but I am; the age of fear is over…We formed civilian night guards at wards to protect ourselves from armed forces. Brave women are night angels. We won’t sleep until we gain democracy in the country where I live,” says feminist, Mai T. Sui Leng. 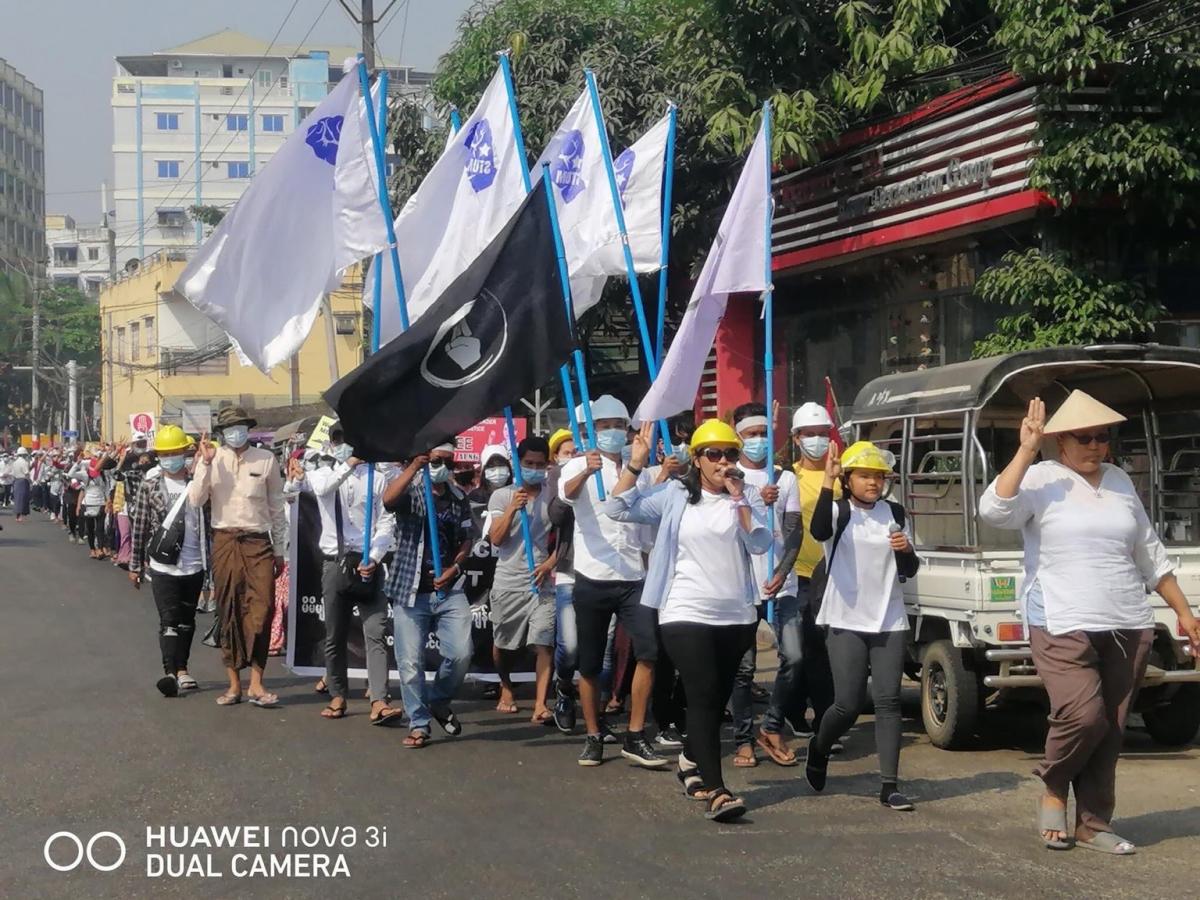 Garment workers—70% being women—were the first among others such as medical workers, government civil servants, teachers, and their students to join the civil disobedience and call for street protests. According to Andrew Tillett-Sake, a labor organizer based in Myanmar, “The sight of industrial workers, largely young, women garment workers seem to have deeply inspired the general public, broken down some of the fear, and catalyzed the massive protests and general strike we are seeing now.” However, the resistance has come with grave consequences as military forces crackdown on protestors with violence. “Among the 1,200 people arrested, 30% are women and six women were identified among the dead,” says feminist, May Sabe Phyu.

Like everywhere, feminist and women activists in Myanmar struggle with discrimination, sexual harassment, and insults. Being violated on the streets, in their communities, in their homes is not new. Facing state violence committed by “security” forces, police, military personnel, and others is not new. A labor organizer, Myo Myo Aye says, “We, the Trade Union leaders, are being targeted and we’ve been hiding because we are listed as ‘wanted’. The majority of the workers don’t get leave, but they are still joining the protests, and some face termination or deduction of their salary…Worker’s life is unsafe. A few of the trade union federations urged factories to close for a month but some workers disagree because they fear the loss of income.” Kyal Sin, the 19-year-old killed on 3 March 2021 in Mandalay, deeply understood the danger she was in. Known as Angel, she left a message about her blood type, a contact number, and a request to donate her body in the event of her death. The black t-shirt she wore on the day she was shot said, “Everything will be ok.”

Feminist, Mi Kun Chan Non says, “Women are facing different difficulties in the demonstration. There is evidence that sexual harassment and the world should not watch us suffer. We need the full protection of human rights especially for women’s rights.”  While there is evidence, “in this moment of crisis, it is a challenge to document clear violation cases against people and human rights defenders; let alone by age or gender. There is also not much analysis written about the situation and harassment of women activists during the protests. But this is important to do,” says feminist Tin Tin Nyo. 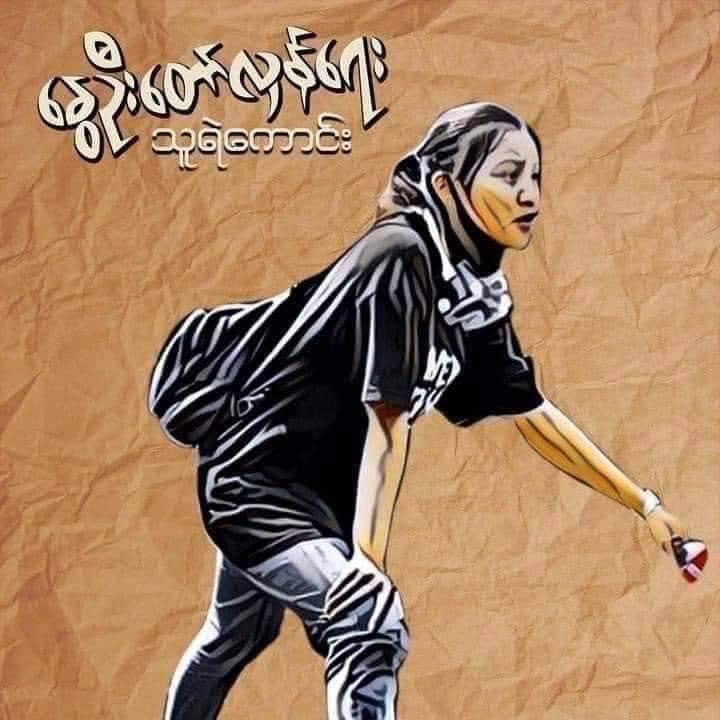 An activist and a woman lawyer, Daw Zar Li Aye says “This is the time for us to unite [in] solidarity regardless of gender and sexual orientation, religion and social status…As a woman lawyer, even just providing legal service to the people is challenging…but we, women lawyers, stand tall in our ethical duties to provide legal support even in front of prisons! Our role is to protect the human and legal rights of people. This is the time to respect each other, even a little thing we can do [adds] a little more relief and hope.”

The military coup has also ignited new reflections and awareness regarding the 10-year transition to democracy in Myanmar among its people. “When I was young, I just cheered for Daw Aung San Suu Kyi. She would be in power, and that’s what we wanted to see because we were looking at democracy not as a system, not as a collective thing, but more like a person. Having that person in power meant we lived in a democratic country. No, that was clearly the wrong idea, and I think people are starting to realize that. We are sick of personality-based politics and personality cults,” said a young feminist Thinzar Shunlei Yi.

The coup has also given the people a clear view of the corporate actors supporting the military. As the feminist, Thinzar Shulei Yi urges the international community, “to support Myanmar, look at the Dirty List of companies supporting the military junta’s businesses and pressure these companies to stop working with junta.” And here is the list of countries involved in training and cooperation with Burmese military.

People outside Myanmar are paying attention. Some are closing their eyes and their mouths. Some, heartbroken to see young people every day killed in the streets, injured, detained, are trying to support in different ways. Those looking in, admire the young people’s courage, their sacrifice, their deep organizing; their strong stand to release Myanmar from the grip of the military.

The people, women, LGBTs and youth in Myanmar are organizing beyond the current crisis into the future, for a real democracy, by calling for the amendment of the Myanmar constitution to remove military power. Their ways of organizing and building the mass movement clearly demonstrate an understanding that democracy does not come from one person, or one political party, but collectively from the people’s power. “Unity among the people of Myanmar is very strong; so is unity among WHRD [women human rights defenders]… We people have to win,” says Mi Kun Chan Non.

Today on International Women’s Day, women in Myanmar, “Choose to Challenge Dictatorship”.  Stand and fight with Myanmar women and people…until we win. 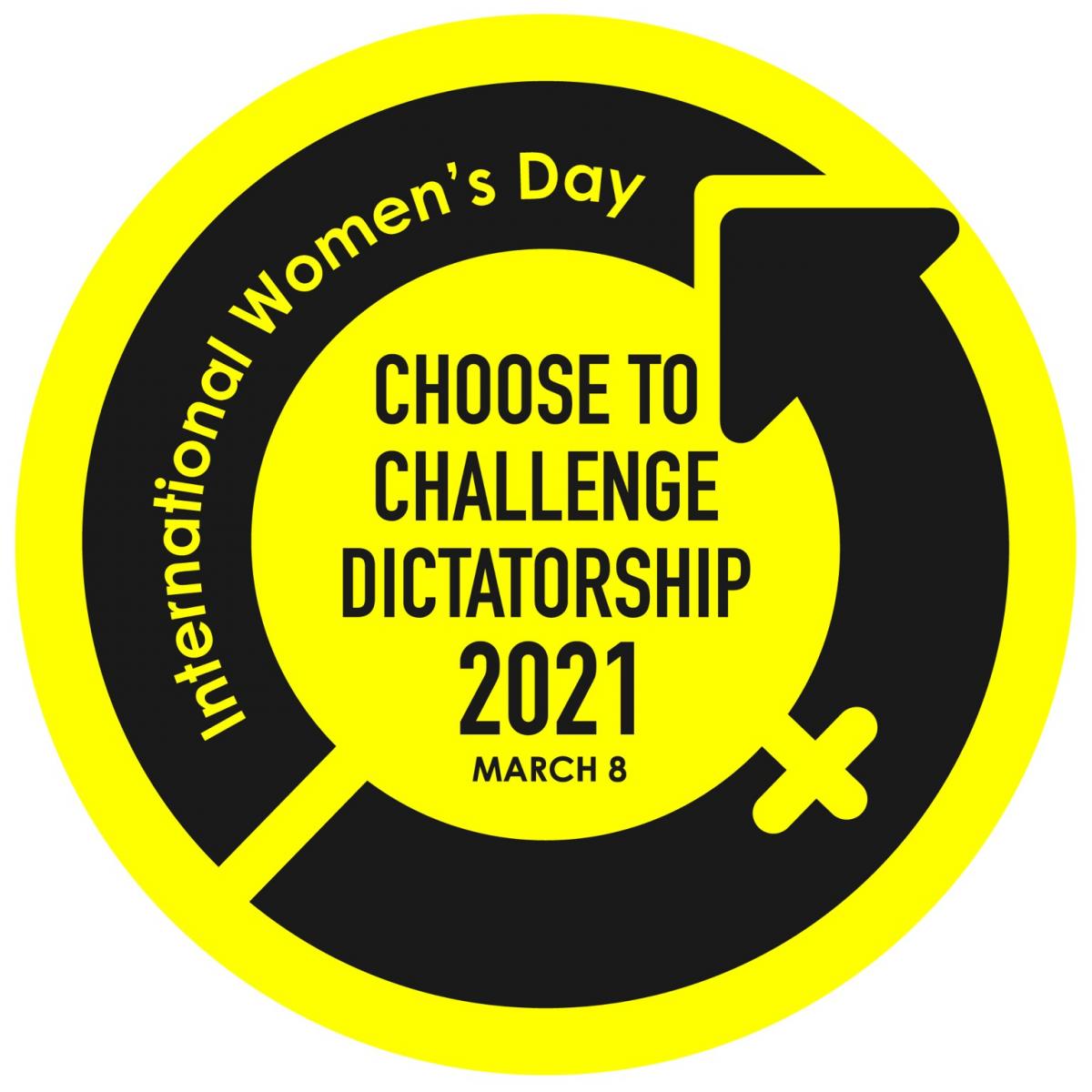