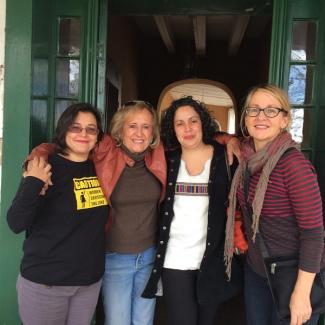 When I first sat down to interview Margaret VeneKlasen, I was very nervous. I wondered whether it was even appropriate to ask this 90-year-old woman with an inspiring legacy this simple question, “Marg, how did you become bold?” It felt rhetorical. I imagined that she would answer, “Really, Adelaide, what do you mean? I woke up like this!” Clearly, my imagination is fond of Beyoncé, but that is beside the point.

You see, Marg is a badass. Her presence alone is striking. In JASS, we call her our biggest fan, and for good reason. In 2015, she was honored in Santa Fe, New Mexico, her hometown, as one of the city’s Living Treasures. It is hard to picture her as anything less.

Meanwhile, Marg was waiting, ready for the interview. So I chucked my inner dialogue, pieced together my own confidence, and went for it, “Marg, how did you become bold?” She answered with swagger: “I know how I became bold. It is because I was a good athlete. When I stepped on the field a long time ago, I was the best and it gave me confidence. I was just a little kid. I just loved playing ball,” she explained. “We have to be good at something to gain the confidence to do other things.” Boldness, in other words, is not bestowed, but something to practice. To learn. To hone. 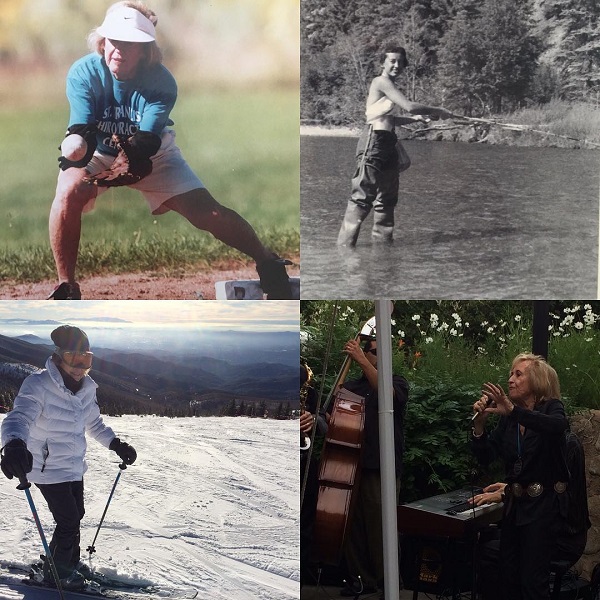 Decades later, Marg is still an athlete and more. She plays tennis, skis, sings and tap dances (she had a tap dancing troupe for 3 years)! The confidence she gained from sports early in life led to her steadfast promotion of women and sports as a way of building leadership and community. In her 50s, she became a businesswoman, and she is a life-long community organizer and influential civic voice in Santa Fe. She is also the mother of five—four sons and one daughter, JASS Executive Director, Lisa VeneKlasen. Marg took her passion for sports and created the first-ever soccer league that included girls in Santa Fe. Today, thousands of girls play soccer all over New Mexico. Marg reminds us that sports represent much more than being a jock. They teach us the life lessons our parents cannot: how to accept victory and defeat, that for every person who questions or stifles your capability is someone else who encourages you to push boundaries, and that we are never alone. Above all, sports teach us how to be part of a team and to lead collaboratively.

When I asked Marg what inspired her involvement in sports even to the present day, she did not hesitate two seconds before explaining matter-of-factly, “Because not being able to do something scares me. If I don’t do something, I’ll go down the drain.” The apple does not fall far from the tree in the VeneKlasen family, for Lisa, Marg’s daughter and JASS’ Executive Director, could have easily given the same response. It is clear that many of the life lessons Marg learned on the sports field as a kid later permeated her parenting abilities, notably raising a truly subversive daughter who has charted her own path of boldness. Lisa, who was featured in 2017 publication 200 Women Who Will Change the Way You See the World, is a fearless leader who brings incredible love, energy and brilliance to JASS (an organization she co-founded) and social justice work. These qualities, Marg explains, have always been evident in her daughter. Indeed, when asked what she admires most about Lisa, Marg responds that it’s her work ethic, ability to get things done and form meaningful connections with and among people from all over the world. 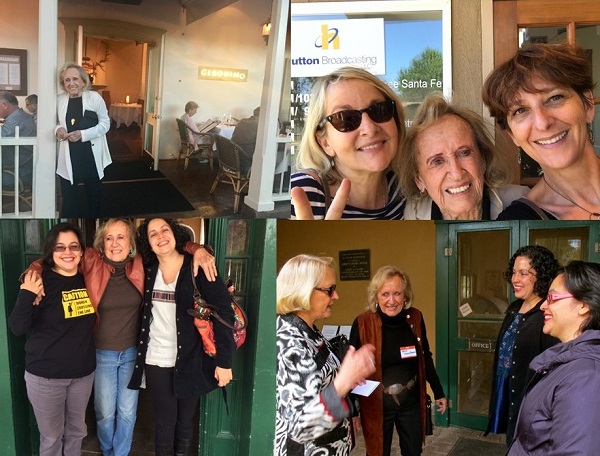 It may come as little surprise, then, that JASS has such widespread impact in building connections and a sense of belonging across all kinds of borders and boundaries to build collective power for justice. JASS, as Marg notes, “gives women the confidence and awareness that we can make a change. There is nothing that can stop us. Things might slow us down, but they can’t stop us.”

This could not have been more pertinent for this moment in the world. At this point in our chat, Marg grew quiet and I could see the wheels turning in her head. We paused as she collected her thoughts and prepared to dispense more wisdom. “I can’t emphasize enough for women to step up and to never, ever take a backseat,” she stated. “Step up because it’s right. My husband used to say, ‘This world won’t be worth a damn unless women lead us’, and I truly believe that – not to belittle men, that’s not what it’s about. But there’s an inner strength that we’re given as women that prevails.”

I ended the interview feeling inspired, curious and eager to find and express my own boldness. We are all good at something, right? Sometimes it is easy to feel inadequate among those we admire, but we all have something to offer. Whatever it is, let us practice it, hone it and use it to make the world a better place. We need each other.