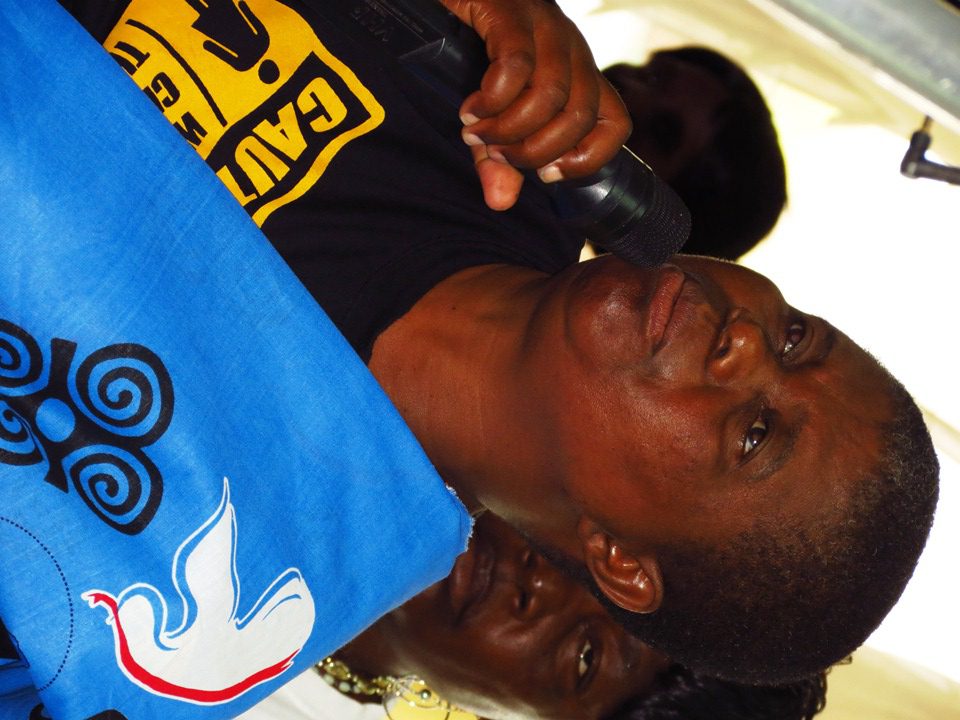 JASS’ work in Malawi has many lessons to teach about activating the energy women have and opening safe spaces for them to interrogate issues of power, organize collectively and demand a say at the decision-making table. It is in this spirit of such global solidarity that counter-hegemonic movements garner momentum and can present ethical, pluralistic and viable alternatives to existing modes of political and economic oppression in Africa and beyond….

Following bitter struggles for liberation promising to deliver socio-economic justice and political freedom across the African continent, it is striking that life for many ordinary Africans remains a precarious struggle for inclusion and rights despite nominal independence. The factors giving rise to this reality operate on multiple levels from the local to the global; they are interrelated in complex ways; and they remain the subject of considerable debate. How does globalisation reinforce and maintain geo-political inequalities? How do global markets threaten the poor and marginalised? How are Malawian women activist leaders fighting back against this in their fight for access to alternative ARV (anti-retroviral) drugs and better lives?

At a macro level, the modern global political system reinforced by neo-liberal ideologies has worked against the prosperity and freedom for the majority of Africans. The widely criticised structural adjustment programmes (SAPs) of the 1980s, advanced by International Financial Institutions (World Bank, IMF, etc), which favoured a diminished state through expanded markets, reduced social welfare, and limited regulation are just one example. SAPs contributed to Africa’s ‘failure’ to produce robust and publicly accountable institutions as part of the post-colonial state-building project. There has been extensive documentation and debate on the many ways in which this political-economic system has undermined governance, restricted the capacity of the public sector (leaving many impoverished and without recourse to social welfare), and has paved the way for many state functions (such as healthcare, education, or natural resources extraction) to be supplanted by profit-driven multi-national corporations. As a result, we have seen the encroachment of the market into virtually all spheres of life thereby exacerbating inequality both locally and globally and eroding the claims that citizens can make on the state.

In my field of interest, public health, the privileging of the market and its role in matters of life and death is particularly disturbing. Controversies over large pharmaceutical companies and their de facto market restriction over who has access to life-saving medication have opened up critical debates over public ethics and moral economies. These questions begin to expose and interrogate the multiplicity of forces that leave certain social groups mired in poverty, unable to access healthcare, and unrepresented by a state that is charged with attending to their citizenship rights. In many African contexts, it is women who bear the brunt of this ‘structural violence’.

It is against this backdrop, that JASS’ support for Malawian women – part of a local, regional, and global movement – demanding their antiretroviral therapy is particularly urgent and impressive, and also instructive about how we think about citizenship in the postcolony. The emergence of a grassroots feminist movement represents a break from political and economic mechanisms of oppression. At the same time, this social struggle should not be viewed solely as the renegade offspring of neoliberal globalisation or a simple demand for material resources. In its emergence and evolution, the women’s health movement yields tremendous creative power to question the limits of capitalism and to unveil the enduring legacies of violence and exclusion within the colonial and post-colonial institutions. It helps to shift the broader political narrative in southern Africa from a parochial preoccupation with how the region’s political elites assert sovereignty against Western states, to one that foregrounds plurality, inclusion, civic rights and representation as part of the purpose of colonial liberation.

In the international sphere, it challenges the notion that Africans are to be acted upon by development agencies and calls into question the power, authority and legitimacy of rich nations to frame the position of women in AIDS discourses – passive victims in the ‘feminization of HIV’ for example – which limit feminist aspiration to ‘bare life‘ that can only be attained through the generous issuance of pills and technology. The demand for ARVs is not just about surviving a deadly disease, it is about holding governments accountable; it is about pushing for just governance and public accountability; it is about challenging the immoral praxis of multinational corporations; it is about demanding recognition of agency from global actors; and it is about respecting women’s rights to bodily integrity.

As an academic, I believe that there is a fundamental need for more in-depth analyses of feminist social struggles both historically and contemporarily. How do the excluded and oppressed come to visibility with their own voice and words? We must study the emergence of social movements not just as an inevitable reaction to a hegemonic order but also as a creation of new public spaces and ideas. This way we can begin to explore how states and international actors can accommodate and address the needs of those marginalised by society while recognising their dignity and autonomy.

Dr Simukai Chigudu is a Zimbabwean public health doctor who has worked and conducted research in South Africa, Tanzania and The Gambia. He is currently based at the University of Oxford where he is studying for an MSc in African Studies.