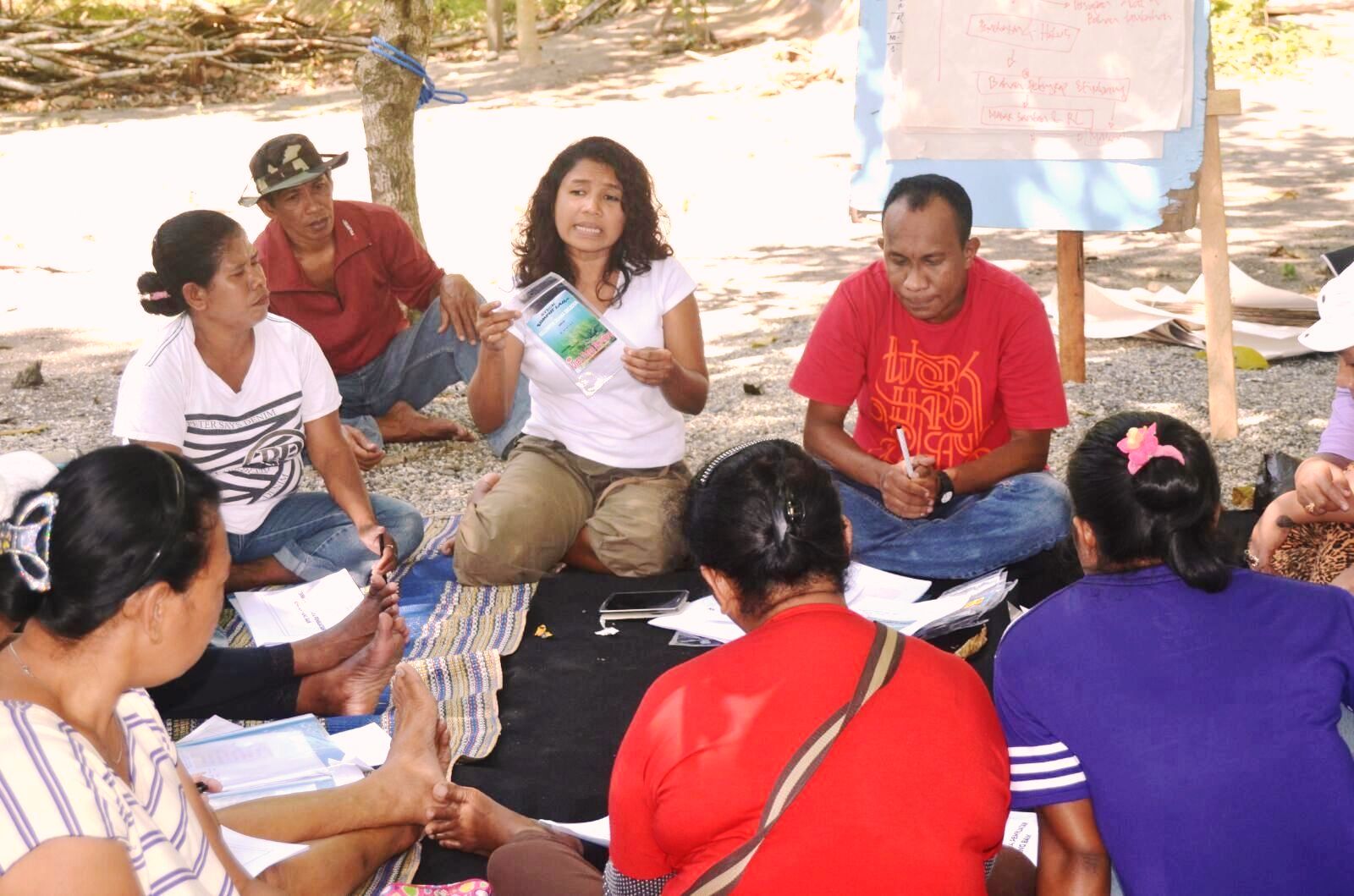 Have you ever heard of Seram Island?

It is an island rich in natural resources located north of Ambon Island in Indonesia. Since 2003, Seram Island has been divided into three regencies: Central Maluku with Masohi as its capital, Eastern Seram (SBT), and Western Seram (SBB).

Despite the abundant natural resources, poverty and lack of education are two of the major problems in Central Maluku. Communal conflicts often arise as a result of a succession of village chiefs (conflict among villages), drunkenness, limited economic resources, and disputed region territory. This situation gets worse during famine or drought season. In these circumstances, women play a greater role to meet the families’ needs despite limited job opportunities. Women primarily bear the burden of making ends meet for their families. For the women, they have been impoverished by the system.

In Western Seram, my work entails assisting in developing the women’s communities. At the start, the abundant natural resources of Seram have been generally ignored because of “mismanagement”. The region is also infamous for its high crime rates and communal conflict among indigenous communities.

Nuruwe village is one of the indigenous villages of Western Seram that is “trapped” in this situation. Fortunately, the sea in Nuruwe is very clean, the waves are not so big, and the beach is not polluted. It is a perfect location for seaweed nurseries. It provides a distinct advantage for villagers to increase their income from dried seaweed. The Nuruwe residents needed technical skills, not only to cultivate seaweed, but also management skills. To meet their needs, Lembaga Partisipasi Pembangunan Masyarakat (LPPM or Community Development Participation Institution), the organization where I work, conducted a vocational training for women on seaweed processing in the coastal village of Nuruwe.

The training modules on seaweed processing consisted of building business character, marketing, and simple bookkeeping. The training participants were encouraged to participate actively and communicate their ideas to form business groups. The training was done by raising the participation of the village government and villagers who work as seaweed farmers. Through LPPM, we provided farmers’ groups with dried seaweed until they become independent.

Women, There is Always Hope

After the training, the participants formed a group they named Bina Masadah. Bina in Nuruwe means “women”, while Masadah stands for “there is always hope”. Therefore, Bina Masadah reflects the struggle of women who ‘advance’ their selves amid a culture that subordinates them. 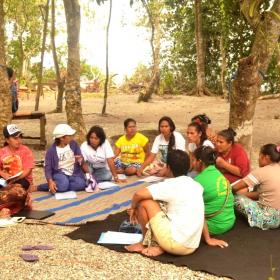 The group also received support from the Western Seram Department of Industry and Trade in the form of packaging and product labels for the group’s products such as sticks of seaweed, seaweed pudding, and fruit-flavored syrup.

Initially, Bina Masadah launched their products on a small scale. They also obtained their PIRT or Licensing for Household Industry. Bina Masadah has been able to organize a group initiative from the planning, production, and marketing, and to practice the good production process. Group revenue or equitable sharing is calculated based on the workload and the amount of product produced by each group member. The most important is that members receive the full support of their families.

It is a proud moment for me to see the Bina Masadah members try to maintain their commitment and motivation to participate actively in the trainings and in post-trainings in running a business. Nuruwe residents are likewise proud of Bina Masadah products because these will change the stereotype of the Nuruwe village as a poor village with high crime rates.

The biggest challenge I experienced during the process is fostering teamwork. Maluku residents are renowned for their lack of trust among themselves as well as their unclear division of labor. Therefore, we constantly encourage groups to actively establish interpersonal communication and independently evaluate the achievement of the group. Another challenge is the limited availability of cash in order to increase production, so their turnover is very small.

But I strongly believe that with collective action, we can grow bigger from these small steps.

This article was originally published in www.famm.or.id in Indonesian language. See: http://famm.or.id/archives/2016/01/1189/