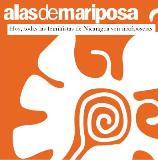 Since my return from Guatemala, I’ve been trying to keep up with the unfolding political repression in Nicaragua. I admit that it’s impossible for me to watch from a rational distance. It’s very personal for me because my work in Nicaragua with the Sandinista government in the 1980s, and my peace and solidarity activism into the 1990s are formative political experiences and the foundations of my passion and thinking about power and consciousness.

For those who, like me, see nothing about this in the mainstream US press, the Nicaraguan government through the Attorney General has initiated actions against 17 NGOs including scaling up the ongoing actions against the Autonomous Women’s Movement (MAM). Many of these NGOs have received letters requesting “an interview” while others, like the MAM, have been served with search and seizure warrants. Agents showed up on Saturday (11th) morning to haul off computers and files from the MAM and from CINCO, the prominent Center for Communications Research. Most have been accused publicly of money laundering while Sofia Montenegro, a leader in the MAM, has been the target of a very nasty smear campaign on the radio and TV, accusing her of being a baby killer, a corrupt agent of imperialism. Some of these ads call on Nicaraguans to mobilize against and silence women like Sofia and other feminists — as if inciting a lynch mob. One by one, now up to 14 feminists from the MAM and from an organization in Matagalpa in the North, have been called in to the Attorney General’s office. These scare tactics have been psychologically debilitating, as women such as Ana Maria Pizarro from Si Mujer who spent some years in Somoza’s prisons for her struggle with the Sandinistas, sickened by the fear of what might happen.

The political persecutions have included prominent Sandinista intellectuals and leaders, like Carlos Chamorro, the head of CINCO, who was the editor of La Barricada, the Sandinista newspaper — I knew him and took photos for the paper when I lived and worked there with the Sandinistas in 1981-83. His father, an editor of the prominent newspaper, La Prensa, was assasinated by Somoza for his outspoken criticism while his mother , Violeta Chamoorro, was the first woman President who defeated the Sandinista party in 199 0, a huge disappointment to us all at the time. The Chamorro family provided key leaders to all factions within the FSLN but Carlos Fernando was a critical leader within the FSLN. Others, like Fernando Cardenal, a prominent Jesuit priest who was outspoken against Somoza and who later became the Minister of Education; he oversaw the historic Literacy Campaign and so is someone Valerie Miller, Maria Suarez and I — and others within the JASS community know well in our grounding as popular educators. Added to the list is Carlos Mejia Godoy, probably the most popular musician during the struggle against Somoza and in the first ten years after the FSLN came to power in 1979. His powerful revolutionary music led the lively popular culture that shaped the revolution in the first years.

Many of the women in the MAM who’ve been accused and smeared spent years in prison under Somoza, were leading combatants in the struggle, etc. It’s wild. And the kind of cooptation and ideological distortion of feminism carried out by the Sandinista party is a more serious version of what we’ve seen in the US, with the Republican Party and various pundits claiming Sarah Palin as a triumph of women’s rights. While in Nicaragua, we got a copy of a pink pamphlet written by President Ortega’s wife, Rosario Murillo, entitled “Feminism and low intensity warfare,” accusing the MAM of promoting an “old form of feminism” that excludes, marginalizes and destroys families and children. It’s several pages long and some of it is surreal.

When one lives for several decades, even the most seasoned amongst us can be shocked by how power shifts to consolidates, corrupts and breeds corruption. The extraordinary role of ideology in this particular moment in which we live must be taken extremely seriously by anyone committed to social justice — our work in consciousness-raising could not be more urgent. Both Sarah Palin’s candidacy and the political repression unfolding in Nicaragua remind us too that the task is much greater than any simple campaign slogan or framing exercise can possibly touch. Face-to-face, deep conversations that last longer than an elevator speech are needed and I think, wanted, by so many people who just don’t know what to make of the battle for hearts and minds in which we live with all of the many sources of so-called information bombarding us constantly.