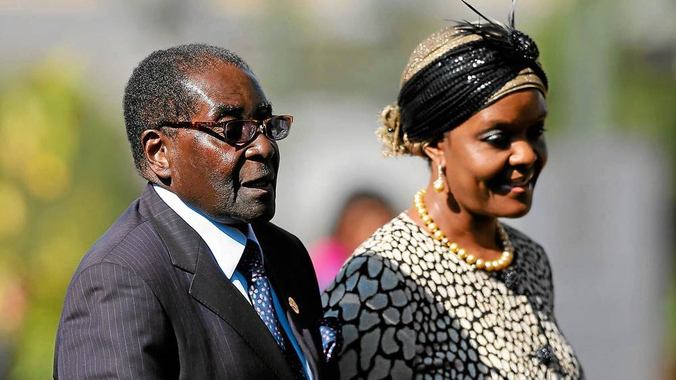 Kicking off 2015 with an odd bang, the African Union (AU) both commited to an agenda of women’s empowerment and elected 90 year-old Zimbabwean President Robert Mugabe as chair – despite international criticism of his failure to address human rights abuses in Zimbabwe. Mugabe quickly came under fire internationally for remarking “It’s not possible that women can be at par with men” whilst in Addis Ababa for the AU summit.

To be fair, in the interview with Voice of America-Zimbabwe Mugabe actually points out that “it’s not easy for them [women]” to sustain leadership and key decision-making roles. “You see we men, we want children, we make the very women we want in power, pregnant, you see, and we remain [in power]. We leave it [child-rearing and family] to the women. They give us the numbers that will bring about the balance fine. ”

There is a troubling undercurrent to the rather frank observations made by Mugabe. At the core, what he’s saying is that this is the status quo, and he is right. As writer and feminist commentator, Rebecca Davis puts it, “the patriarchal “set-up is preventing women from accessing their full potential when they are left, literally, holding the baby.” But what is he offering us; an intention to change the status quo, an implicit acceptance of it or endorsement? He doesn’t seem to consider the fact that some women may have no interest in marriage or children. Nor does he entertain the [not very] radical idea that these decision-making spaces don’t exist in a vacuum. There’s no reason why women who have children or families can’t participate meaningfully and take up leadership roles—it would just require changing the way that things are done.

2015 also marks the 20th anniversary of the Beijing Declaration and Platform for Action (Beijing+20), “the most progressive blueprint ever for advancing women’s rights”, the fifteenth anniversary of United Nations Security Council Resolution 1325, and the finalization of deliberations on the Post-2015 Development Agenda.  These events together underscore the question many African activists and feminists have been asking for years: has the AU as a continental structure taken women’s rights, gender equality, women’s empowerment and inclusive development seriously and held its members to account?

Let’s take a look. The AU has legislated for, at the very least, absolute gender equality, which means that the over 50% proportion of women in the AU’s top decision-making structure is a victory. At a country level, the 21% average women parliamentarians across all chambers (single, lower and upper houses) in sub-Saharan African countries have not translated into concrete improvements for women on the ground. The numerical representation of women in political and decision-making structures, though widely used, is a fairly crude measure as it does not account for the other crucial factors such as effectiveness, skills, commitment to drive a progressive women’s agenda, the level and quality of participation by women representatives in decision-making processes in political and decision-making structures.

More broadly, twenty years after Beijing, the deeply-entrenched attitudes and practices that perpetuate inequality, discrimination and violence against women in public and private life are just as deeply-entrenched as they were twenty years ago. About one in four Zimbabwean women has experienced some form of violence, in South Africa, the number is almost double that.

Bearing this reality in mind, the AU’s stated commitment to women’s empowerment as a core agenda item is a good thing. But the questions we need to ask are what does “women’s empowerment” mean? What does it mean to ensure that African women drive this agenda? How do we translate this rhetoric into tangible changes for women and ensure that this initiative doesn’t just stop at “women in political leadership” but goes beyond to challenge the root causes of inequality and violence against women—the kinds that dictate that a women wearing a miniskirt or making autonomous decisions about her own body “deserves” to be punished and silenced?

In the run-up to the official Beijing +20 Review during at the 59th Commission on the Status of Women in New York, JASS is thinking about the implications for women around the world. It is a time for both celebration of what the women’s rights movement has accomplished globally and locally since 1995. It’s also a time for more sober and strategic reflection on where we need to go to continue the struggle for rights. The bottom line? Any declaration whether made by the UN or the AU is just a declaration unless it yields meaningful change for women and ensures that women are in the driving seat of sustained collective action.