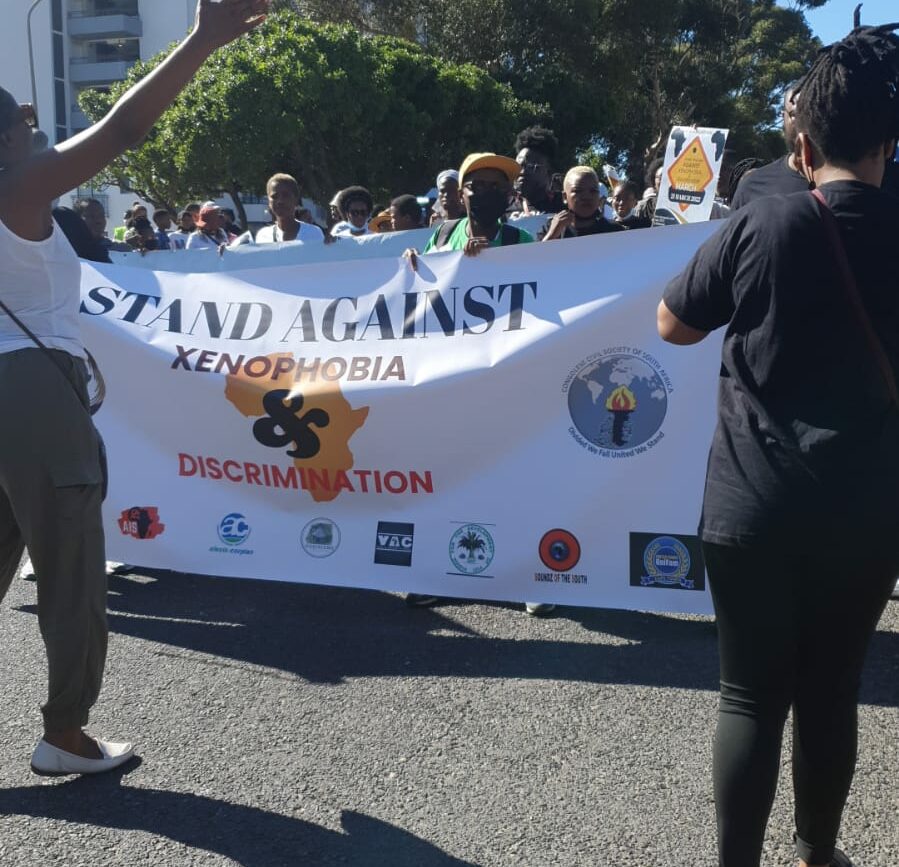 To mark 21 March, The International Day for the Elimination of Racial Discrimination (also observed as Human Rights Day in South Africa), JASS sat down with Phumi Mtetwa, Regional Director of JASS Southern Africa based in South Africa. Phumi shared her thoughts on the significance of paying homage to this day, and why anti-racist struggles are ever more important.

Why is the March 21 so significant?

History makes it important for us to go back to the 21st of March 1960 when the Sharpville Massacre happened. We cannot allow ourselves to forget days, events, and moments that have marked us as a people.

On this day, the apartheid security forces killed 69 and wounded over 180 black people who were peacefully protesting against Pass Laws known as ‘dompas,’ which required all black South Africans to carry pass books everywhere. These ‘dompas’ laws symbolized the exclusion, discrimination, and oppression of black people and relegated our people as non-citizens with no rights.

Following the Sharpville Massacre, the United Nations proclaimed March 21 as the International Day for the Elimination of Racial Discrimination. In South Africa, we commemorate the day as Human Rights Day founded on the Bill of Rights.

This day is important because even as we celebrate the promise of a democracy and how far we have come, we sometimes forget that racism is still prevalent today. We tend to think there is no more exclusion and suffering of black and brown people. Yet racism and its related forms of oppression are quite rife in our daily lives and further compounded by the legacy of colonization and apartheid. This is why we must not forget the history of this day, and more importantly, locate it in our understanding of what this day really means for us in the country, across Africa, and internationally.

What is JASS doing for March 21?

JASS will join the anti-xenophobia march in Cape Town, organized by our comrades at Kopanang Africa Against Xenophobia (KAAX). The Johannesburg march has however been moved to the 26th, following the police banning of the march due to what many are calling the guise of safety. JASS denounces the attacks against migrants and refugees and stands in solidarity with all formations seeking peaceful solutions.

In light of the growing xenophobic violence against black people from other African countries in South Africa, why is racism an unfinished business of liberation?

So many factors have created a breeding ground for xenophobia to exist and violence to take place. One of those things is a legacy of racism. Why this becomes an unfinished business of liberation has to be located in the fact that the government of today has failed to addresses the material conditions of the people.

What we are seeing is poor people fighting against poor people and using the border markers from where one is born to attack them. People blame the next poor person who is hustling, who is struggling, who is trying to make the most to put bread, butter, milk, and pap on the table. People blame others for rising unemployment on the poor migrants instead of the government for not creating jobs, whilst placing profits over people. As long as we don’t attend to the material conditions of black and brown people, only the privileged and few elites will continue to thrive.

One of the most challenging conversations about racism today in South Africa is that our black elected leaders are also fueling racism, xenophobia, and related intolerances. This is not to ignore that white supremacy still exists in the country, but its to push for a deeper understanding of how power operates and where power is situated.

This analysis of power – one of JASS’ invitations – is so critical. It enables us to truly understand the disguises worn by holders of power, and shape our movement strategies. JASS accompanies organisations and movements in their own analysis of their conditions and supports them with the tools they need to create solutions that are rooted in the day to day realities people face.

Can you share more about JASS’ work in supporting anti-racist struggles?

JASS Southern Africa convenes spaces that bring together different social movements, NGOs, organizers, community based initiatives, and other civil society formations across South Africa and its borders. Our collective strategies have allowed for the building of a shared analysis and stronger collaborations against racism, xenophobia, and other discriminations.

These convenings are so critical in this moment as civil society and social movements have been increasingly attacked and weakened. If we read our context, more often than not, we operate in our own organizations, doing our own things, and not being able to speak to each other as regularly as we should. While silo sector organizing can be important at times, we need to create the chain that links the multiple issues that we are working on to enable us to see the problems we face in the most holistic way.

We can address housing but if we do not address sanitation, which is located in health, then we miss the problem. We can address LGBTI concerns and rights, but if we do not address the control of women’s bodies, or the rendering of migrants and refugees as illegals, we miss the connectness of our struggles. This is why spaces that can bring together people waging struggles in different sectors and movements is a key component of JASS’ work.

How do we continue to fight racism?

We need to be consistent and conscious of how racism, xenophobia, and related intolerances manifest themselves on the day to day and how they affect women, LGBTIQ people, sex workers, migrants, refugees, and all other excluded people. Through our work with movements like The Global Black Victory Lab, and our connections with global movements, like the Movement for Black Lives, and many others across the continent and nationally, we should continue to make racism not sit on the margins of a ‘just in case you forgot’, but to sit at the center of what we do on a daily basis.