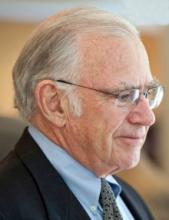 He served as Executive Director of International Physicians for the Prevention of Nuclear War and as Interim Executive Director of the Daniel Pearl Foundation and the Washington Office on Latin America. A practicing lawyer for many years, Ralph founded and acted as president of Hemisphere Initiatives, a non-profit organization focused on the promotion of democracy and development in Central America. He was also publisher of The Real Paper, a weekly alternative newspaper, and has worked with several government agencies charged with investigating corruption and mismanagement.