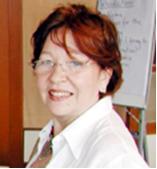 Malena has a long and respected history in Latin America and globally as a women’s human rights defender since the 70s. She is a feminist sociologist, popular educator and activist, and holds a doctorate degree in Education from the University of Massachusetts and was awarded a Peace Fellowship with the Bunting Institute, Harvard-Radcliff University. In Nicaragua, she participated actively in the overthrow of the Somoza dictatorship with the Sandinista Front, and subsequently held many high-level posts within the Sandinista governments, the party and civil society organizations. Malena served as a senior official in the Ministries of Planning and Education and was a coordinator of the National Literacy Campaign, which was awarded UNESCO’s international prize.

Malena founded the Center for Democratic Participation and Development, CENZONTLE and the Women’s Development Fund (FODEM)/CENZONTLE, and served as director for 13 years. The non-governmental organizations supported the economic and political empowerment of Nicaraguan women with scarce resources through financial, business, and citizenship/leadership components and earned the Central American award for Best Practice from INTERCAMBIO. She was a pioneer in the Autonomous Women’s Movement (MAM) and founder of the Women’s Coalition in Nicaragua and the Latin American Network for Gender Justice in Economic Development (Redlader), and a researcher with the Central American University (UCA) and the University of Massachusetts. Between 1995 and 2000, Malena served as the Latin American Coordinator of the Women’s Political Network launched at the Fourth World Conference on Women in Beijing. She was also a driving force behind the incorporation of a gender and empowerment perspective in a number of national (ASOMIF), regional (REDCAMIF) and global (WEMAN) microfinance organizations. Malena has served as advisor for a number of international organizations, among them UNIFEM, UNESCO, UNICEF, HIVOS, Women Learning Partnership, NORAD, Care International and AWID.

She has carried out hundreds of trainings for women, has been a participant and speaker in numerous meetings and conferences around the world and is the author of various publications on issues of women and development. Malena has five children and five grandchildren, with whom she enjoys making music, dancing and playing the piano.