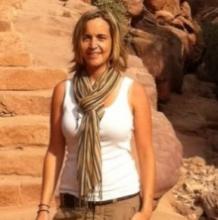 Amy joined JASS in May 2013 to work on restructuring and expanding JASS’ fundraising and development efforts. She has almost a decade of experience in fundraising and communications for progressive nonprofit organizations focused on international human rights and women’s issues.

Prior to joining the JASS family, Amy served as the Director of Development for the Enough Project at the Center for American Progress. She also spent five years with Catholics for Choice, where she coordinated the organization’s development efforts after serving as their Publications Associate and Associate Editor of Conscience magazine. Amy has also organized events for various local businesses and organizations including the DC Abortion Fund, which named her Volunteer of the Year and invited her to join its Board of Directors in 2010.