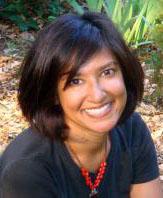 A longtime activist, Alia Khan has spent her career working to ensure that women’s needs and rights are served by U.S. and multilateral global health and HIV/AIDS policies and programs. She has worked as an advocate, researcher, and evaluator in both the international sexual and reproductive rights and HIV/AIDS activist communities.

Alia spent ten years immersed in the politics of abortion and contraception, directing Planned Parenthood Federation of America’s (PPFA) international advocacy program. While there, she led legislative and constituency building efforts designed to mobilize PPFA’s nationwide network of affiliates and activists against anti-choice attempts to eliminate access to contraception in developing countries and unravel global norms and consensus on women’s health and rights. Alia then spent two years at the Washington, DC-based Global AIDS Alliance where she directed the global partnerships program and was responsible for cultivating relationships with rights-based organizations in Sub-Saharan Africa in order to promote north-south collaboration on advocacy related to PEPFAR (the U.S. President’s Emergency Plan for AIDS Relief) and the Global Fund for AIDS, TB, and Malaria. As a consultant, Alia has developed program strategies and researched and written case studies, advocacy and program guides on a range of issues including “aid effectiveness;” resource mobilization for sexual and reproductive health; health systems strengthening; and the integration of gender-based violence interventions in HIV/AIDS programs.

Alia has a Masters in Public Policy from the George Washington University. She is based in Washington, D.C., where she lives with her husband, daughter, dog, and two unusually large cats.

What is Theory of Change (TOC) thinking and its added value for social change movements?