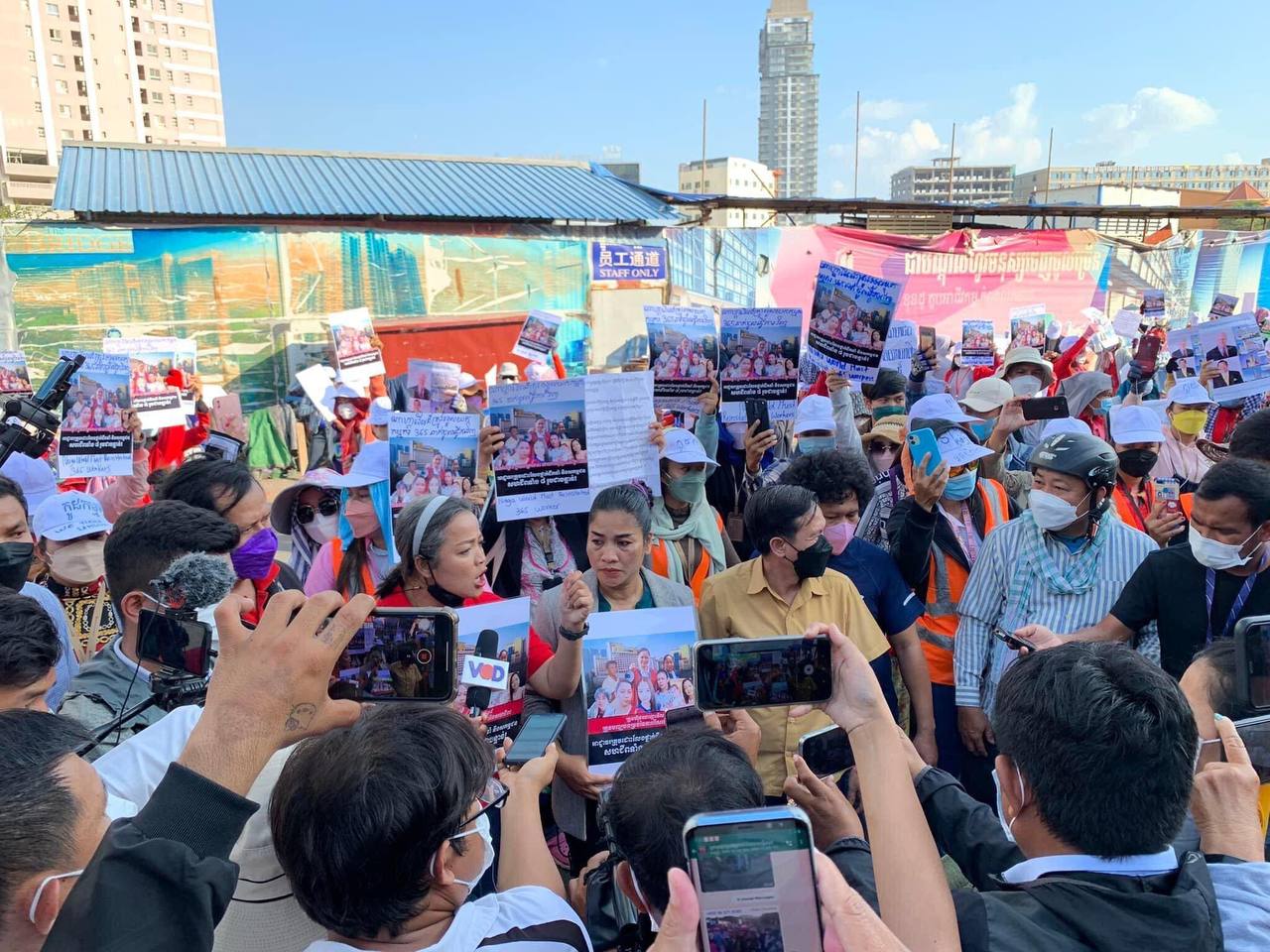 The Cambodian Alliance of Trade Unions (CATU), a union representing workers in the garment and footwear industries in Cambodia, has taken important steps to adopt a feminist approach to leadership. Since electing its first woman president Sophorn Yang in 2011, CATU has evolved, creating more space for women to lead and make decisions on issues that directly affect them in the workplace and life.

Women don’t have a seat at the table

The garment industry in Cambodia contributes significantly to the economy of the country. Women comprise 90% of the labor force, but fewer than 10% have representation in trade unions. With little space or opportunity to voice needs and demands, women garment workers face increased discrimination, gender-based violence, and exploitation every day.

Over the last few years, the garment industry has also undergone significant changes, with the majority of its workforce now hired on short-term, temporary contracts as opposed to long-term, ‘undetermined-duration contracts’ *, which was the norm earlier. This reality forces women garment workers to work under high-pressure conditions, often denied even minimum wages.

For several years, JASS has been working with partners both inside and outside trade unions to support women. Our trainings are safe political spaces for garment workers to build solidarity and develop a sharper and shared analysis of the political and economic context. Using JASS’ power framework and other tools (translated in Khmer), we help garment workers surface shared struggles and map different players and interests, including male trade union leadership. These processes explore appropriate, effective, and adaptable strategies that fit the context for women to raise demands at work and in broader debates and policies on labor rights.

JASS has been working with and accompanying CATU since 2017. In 2021, JASS co-organized leadership trainings with CATU based on their specific needs, particularly around the issues of safeguarding, risk and contextual analysis, challenges at local and national levels, and union leadership and organizing. Recognizing that having  more women in leadership does not necessarily translate into feminist leadership, JASS has supported CATU in analysing power dynamics that reinforce inequalities and replicate oppressive forms of leadership.

Through JASS’ ongoing political accompaniment and Sophorn Yang’s leadership, CATU has broadened leadership opportunities and strengthened the voice of women garment workers. CATU has equipped women with knowledge and confidence to speak up and advocate for better wages and working conditions with their supervisors and factory owners. Their gains are even transforming traditional male leadership–many of the other trade union leaders, most of whom are still men, have changed their perception about feminist leadership, stopped monopolizing decisions and become more inclusive and supportive of women’s leadership and decision-making.

“I’m confident to talk about what I think is right, although some think they can’t challenge a man who holds power. I think if I’m not brave, who else is going to support me?” – Sophorn Yang, CATU President

Inspired by Sophorn’s leadership, many women have joined CATU and have encouraged others to do the same. More women join and participate in meetings. Since her election, another trade union from the food and service sector has also elected a woman leader to represent them. Some of the union leaders and local activists have even signed up as candidates for the communal elections (at the sub-national level), which is a significant step toward expanding women’s leadership.

CATU’s more inclusive approach and recognition of women as capable leaders has yielded big returns. Currently, CATU has around 10,000 members in 19 garment factories, but Sophorn wants CATU’s outreach to extend to as many women workers as possible in the one-million person workforce of the garment and footwear industry. “We as CATU not only want our members to have good working conditions and have their rights respected, but we also want justice for the whole society, justice and [upholding] of women  rights, especially when they are threatened or abused. We want women to be respected both at work and in society,” says Sophorn.