JASS had a strong and visible presence at the AWID (Association for Women’s Rights in Development) Forum held in Cape Town, South Africa in November 2008. JASS core team leaders Nani Zulminarni (Indonesia) and Martha Tholanah (Zimbabwe) were featured in the third opening plenary on the “Context of Our Work,” and JASS board Co-chair Srilatha Batliwala and JASS Southern Africa activist Sindi Blose (South Africa) closed the forum on the final plenary. JASS staff and allies participated on and led half a dozen workshops and presentations, JASS videos were a big hit, and the JASS booth was the heart of the ballroom with friends, music, and space for sharing and networking.

Marching through the streets of Cape Town 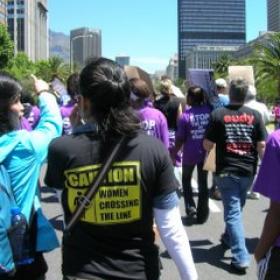 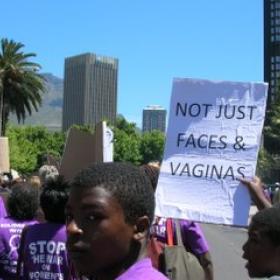 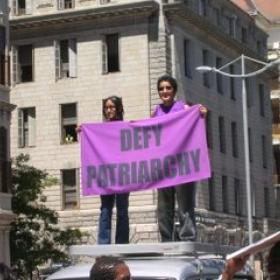 Cross-regional merriment at the JASS booth 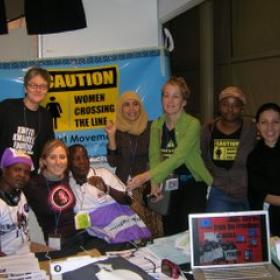 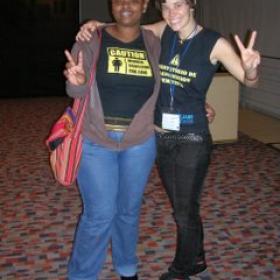 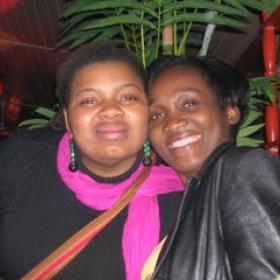 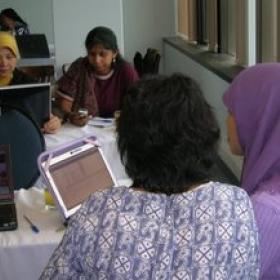