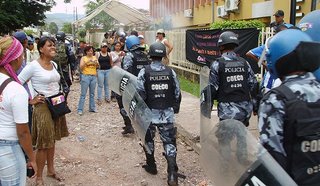 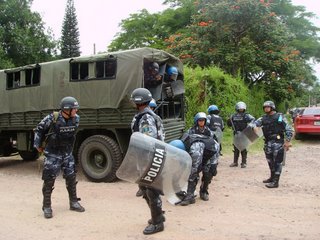 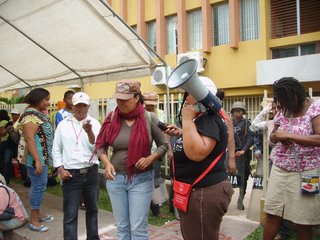 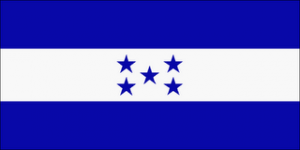 JASS and our Mesoamerican allies Las Petateras express our solidarity with all the feminist organizations and social movements of Honduras in condemning and repudiating the coup against democratically elected President Manuel Zelaya. The coup, led by the armed forces and the president of Congress, Roberto Micheletti, with the support of the elite-owned and controlled media, occurred in the early hours of June 28th, 2009.

Shortly after the coup, feminist radio stations broadcasting live from Honduras were forcibly removed from the air and replaced with religions programming, according to the Centro de Derechos de Mujeres (CDM). The interrupted program, “Time to Talk,” in partnership with Feminist International Radio Endeavor, was broadcasting the voices, solidarity, and support of women attending a regional feminist leadership school in Panama. The joint program was initiated the day after the coup, in order to give voice to feminist activists through interviews and discussions.

Various feminist organizations and women’s groups protested on July 14th in front of the INAM, the Honduran National Institute for Women, opposing the appointment of a new director, fundamentalist Maria Martha Diaz, by coup leader Roberto Micheletti. Their peaceful demonstrations were interrupted by violent opposition from heavily armed riot police. An officer of the squad is said to have threatened the group of mostly women by loading a grenade launcher and keeping his finger on the trigger while pointing it towards the crowd. The women did not back down in the face of this intimidation, and held their ground.