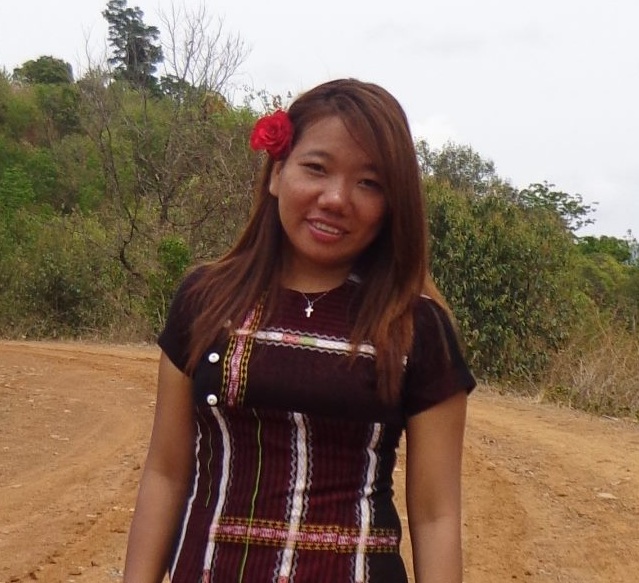 “The hand that rocks the cradle rules the whole world,” goes a popular saying honoring women. But why is it that there are so many women today who are “in chains”, marginalized and discriminated against?

Sometimes I wonder why the rest of the world is silent for the countless women and girls whose human rights are violated. Does the problem lie in the morality of the people? Thanks to the One Billion Rising campaign, I am now aware that one in three women have been abused, raped and have experienced some form of violence once in their lifetime.

In Myanmar, two women are raped every 25 hours, according to a 2012 report. One of the two is a girl-child. The United Nations (UN) also reported that 70 per cent of women in every rape or abuse case are silent about their experience. Only 30 per cent come out in public.

Myanmar is a country where “patriarchy” (or, plainly speaking, a system where men are treated better than women) is very dominant. As we in JASS define it, patriarchy is a “systemic and institutionalized male domination and the cultural, political, economic and social structures and ideologies that perpetuate gender inequality and women’s subordination”.  As a system, patriarchy works together with other institutions such as religion, cultural beliefs, education, the state and the media. When put together, all of these systems comprise what we call the “Master’s House.”

As an ethnic woman, I experience a lot of discrimination and inequality especially in educational opportunities and decision-making. When women of Myanmar are left behind in every opportunity, we are afraid to speak out even when we experience unfairness.

‘Patriarchy’ in My Family

Women paying respect to, taking care of and obeying their husbands is rooted in our culture. In my family, my mother always listens to the decisions made by my father. She is not allowed to participate in decision-making regarding family matters. When my mother made “mistakes”, my father would beat her up and verbally abuse her several times. In my younger days, I was also afraid of my father, so I never dared to answer back or say a word.

Because of the cultural situation in our province, my mother was not able to complete her studies and only knows basic reading and writing because she spent most of her life as a housewife tending to her family and her kitchen.

Fortunately for me, I was brought up in Yangon City, the capital of Myanmar, so I had the chance to study well. I realized how important education for everyone is and I want to spend my precious time in school – not only in the kitchen. Having the opportunity to attend higher education, I am now working as social development worker.

In working for the Women’s Empowerment Program in Myanmar, I have encountered a lot of cases of domestic violence. I feel challenged whenever I hear news from our community and daily journal. I read one case of a woman who sustained a lot of injuries and went to the police station to complain. She wanted to sue her husband for having abused her but the officer only said, “Yes, madam, I understand. Can I ask you few questions? Do you have children? Think of them. Do you want them to be fatherless?” Then she could not say anything more and just went back to her home with sadness and painfulness. I really do not understand why the officer neglected the woman asking for help. Why can’t the law protect physically and mentally abused women? This is the reality of living in the Master’s House!

The role of women in Myanmar is so significant and they play a vital role in our society. Nowadays, women are not only doing housework and spending time at home; there are also many women making a stand and working hard in their chosen professions. A few of them enter the world of politics to make a difference. Others are in the business arena. But there is still no guarantee of safety for women in our society. Harassment and verbal abuse and other forms of violence against women are still happening and women are being neglected.

Myanmar is one of the poorest countries in the Southeast Asia region and the challenges to women in Myanmar remains related to poverty. Problems arising from this abound – such as maternal mortality, illiteracy, violence, human trafficking, sexual harassment and unsafe migration. Violence against women is an “embedded” cultural norm and limited access to education, subjugation of women within the family, work and society in general compound the situation for the women of Myanmar.

Cultural norms and social practices continue to hinder opportunities for women for further process and development. Cultural and social norms should be flexible to women; it should change based on the circumstances in our lives. Our society needs men who respect women rather than men who “protect” or who “take care” of women.

Being a woman and a development worker I will continue dedicate my life for the most vulnerable women and I am eager to advocate and stand for transforming their lives. The good news is, I am not alone. Women of Myanmar who want change are growing in numbers. Beyond rocking the cradle, we’ll confront and smash the Master’s House together.

Julie Lun is a woman activist from Myanmar who has worked in the humanitarian field, especially for the rights of women and children since 2008. She  is one of the regional coordinating group (RCG) representatives of JASS Southeast Asia (JASS SEA). Currently, she is pursuing a master’s degree in Social Services and Development Studies at the Asian Social Institute (ASI) in the Philippines.