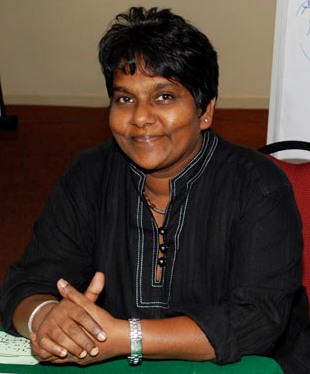 There is no need for a women’s rights movement in Malaysia.

This recent pronouncement of Malaysia’s Prime Minister Najib Abdul Razak has earned the ire of feminists and social activists in Malaysia.  Ironically, Prime Minister Najib also serves as the Women, Family and Community Development Minister and he made the above statement during the 50th National Women’s Day celebration in Malaysia last October 1, 2012.

“I am shocked how gender insensitive our so called Women, Family and Community Development Minister to say such a thing when every day women experience discrimination – whether it is in the house or outside the house – domestic violence, rape, divorce, sexual harassment, child and wife maintenance and negative portrayal of women in the media,” says Manohara Subramaniam, one of JASS Southeast Asia’s regional coordinating group (RCG) representatives in Malaysia.

Prime Minister Najib dismissed the need for a women’s rights movement as equality “has been given from the start.”  But this is far from reality as many of the obstacles facing Malaysian society disproportionately affect women.  These include endemic poverty, human trafficking, environmental degradation, a rise in the numbers of refugees, civil unrest, crime and a resurgent Islamic movement, according to a report.  In addition, Malaysia is currently ranked 100th out of 135 countries in the gender gap index based on the 2012 World Gender Gap Report.

A lot of women’s groups in Malaysia have expressed dissatisfaction over their Prime Minister’s statement.  One woman activist even said that “it is not up to the Prime Minister to proclaim that there is no need for a women’s rights movement.  It is up to us – half of Malaysia – to decide what we want to do to claim our human rights.”
In this mostly Muslim country of nearly 30 million people, some contend that in comparison with other Islamic nations, the fight for greater protection of Malaysian women’s rights has had some success.  But in the years ahead, women’s rights in Malaysia will continue to be a contentious issue given there are religious leaders who hold significant influence over governmental policy.  This is inopportune for Malaysian women as history demonstrates that an increase in fundamentalists’ hold on power is synonymous with the degradation of women’s rights.

But step by step, women’s rights groups in Malaysia are making inroads within Malaysian society as they fight for women’s rights.  It is definitely very timely that women’s organizing among our JASS women allies in Malaysia is making strides.  JASS’ feminist movement-building in the Southeast Asian region is also gaining ground.

A strong women’s movement is needed now more than ever as officials in the highest levels of government dismiss the need for women’s rights movements and discredit the actual situation of women in the process.