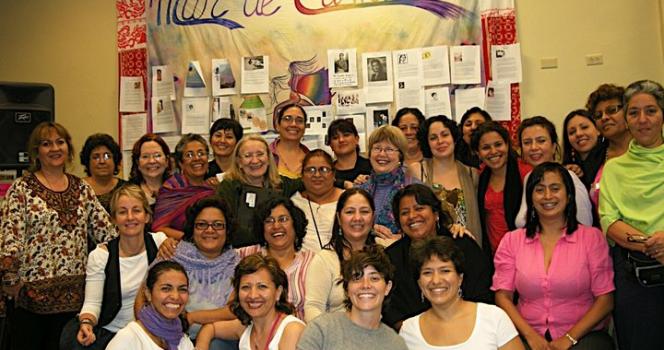 Last week during the Sea Change Feminist Leadership School, participants created a mural of their “feminist ancestors,” women who have influences their lives as feminists and as women who cross the line. Many people brought in pictures and stories of famous feminists in history like Josefa Toledo de Aguierri, Clara Gonzalez, Rosa Parks, Anais Nin, Rosario Lara, Alice Millat, Virginia Woolf, Simon de Beauvoir, Frida Kahlo, Julieta Kirkwood, Babe Zaharias, among others. But the most moving contributions were direct ancestors, mothers, grandmothers, and great grandmothers, whose examples of strength and love have inspired a generation of activist women. One grandmother was the first woman to graduate from the university with a law degree in Guatemala. Another’s quiet strength in the face of domestic violence, and yet another’s rebellious defiance of the norms of patriarchal society, shaped the lives these women have led. For many, this was the first time they had recognized these women who have had such a profound effect on their lives. I wanted to take this opportunity to recognize my own ancestors, the women in my life who have taught me about social justice, compassion, strength, and activism.

My mother, my inspiration, my role model, whose example of quiet strength, calm and unassuming leadership, unconditional love of all people, and courage in the face of daunting adversity have directed me to choose the paths my life has taken. 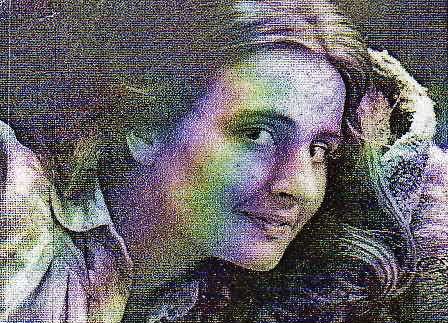 My aunt Ann Louise Kerndt, whose name I was given, and whose story left in me, at a very young age, an understanding of the incredible injustice that exists in this world, and how it especially affects women. She gave her life in the battle to make things right, to level the playing field, to empower people to stand up for themselves in the fight for equality and justice. To these women and to all of our “ancestras,” thank you.

View the Mural of Ancestors.