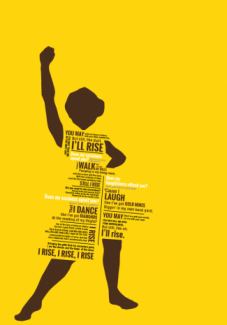 This is an important week for reflection. Juneteenth, the oldest nationally celebrated commemoration of the ending of slavery in the United States, sits alongside June 16th , the day that saw a series of uprisings in South Africa led by black school children, that shaped the course of the anti-apartheid struggle. Both of these historical moments are momentous in that they are markers of endings and beginnings located within the histories of struggles against white supremacy at a time of powerful reminders that #BlackLivesMatter and that movements for black lives and breath still require the courage to face the might of armed racist violence.

The killing of Breonna Taylor and the deaths of countless black womxn in the United States, is part of the same story as the recent deaths of Tshegofatso Pule and Naledi Phangindawo and the countless black womxn in South Africa. The outrage we are seeing spilling onto the streets in these pandemic times in the US are an extension of the struggles on the African continent where neo-colonial agendas exacerbate racism, sexism, classism, and violence. These struggles, we can say, are part of the unfinished business of liberation. Visions of true liberation and real, meaningful decolonisation once and for all, has been part of black liberation movements from way back when.

Why are we in this position of ‘unfinishedness’? Did our liberation movements simply lack the time to finish this quest? Did the two-stage theory of liberation mean we didn’t get to stage two? Or was there, perhaps, a lack of a script that completely rewrites the world of nationalism, capital, patriarchy, racism, homophobia, militarisation?

We know that the script of true liberation has always been present. In South Africa, and on the African continent, there were always demands to centre womxn’s liberation in the struggles against colonialism and white supremacy, but we cannot honestly say that the movements that led these struggles heeded these demands. The same can be said about the land of the free and home of the brave: we remain with questions – which free and which brave?

This is part of the reason why black people and black womxn are paying the price of unfinished liberation with their lives. I guess the question that remains is: how do we turn our rage and resistance to once and for all usher in this liberation we so desire? What would a vision and the process of true liberation ultimately look like?

‘Youth Day’ also known as ‘The Soweto Uprising’ is observed every 16th of June in South Africa to commemorate the uprising that was led by black school children in protest of the Apartheid regime’s discriminatory laws. In January 1976, the regime mandated only English and Afrikaans as the languages of instruction in schools, banning all indigenous languages. These protests were met with police violence and killed 176 students, although estimates suggest hundreds more. Read more about the full history including how the Soweto Uprising is a pivotal part of South Africa’s anti-apartheid struggle here: https://www.sahistory.org.za/article/june-16-soweto-youth-uprising

Juneteenth (June 19th), while not an official United States holiday, is recognized and celebrated as a day that marked the end of slavery when the remaining enslaved black people in Texas were freed in 1865. This day celebrates black people’s freedom but is also an important marker of the work still ahead in struggles for racial justice. Learn more: https://www.theguardian.com/us-news/2020/jun/18/juneteenth-celebration-events-protest-activism

**The use of ‘womxn’ denotes the inclusion of and orientation towards the issues of trans, non binary, queer, differently abled, black women, WOC and all other marginalised genders.