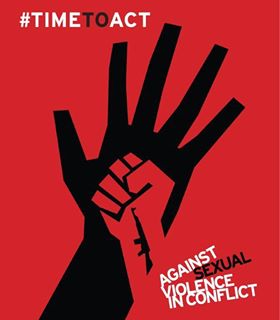 From June 10 to 13, the Global Summit on the Eradication of Sexual Violence in Conflict Situations 1  will be held in London, England, co-chaired by the special envoy of the United Nations High Commissioner for Refugees and the Minister of Foreign Affairs. UK Foreign. For this event, representatives of governments, civil society organizations, and independent experts have been summoned to collaborate within the framework of an extremely broad and ambitious program of activities.

It was within this framework that on May 12 and 13, the International Seminar “ Time to Act. Voices from Latin America. The eradication of sexual violence, including that committed in conflict situations, ” organized by the Ministry of Foreign Relations (SRE), the Ministry of the Interior (SEGOB) -through the National Commission to Prevent and Eradicate Violence against Women (CONAVIM) – and the Embassy of the United Kingdom in Mexico, which from JASS (Asociadas por lo Justo) we had the opportunity to attend.

In addition, JASS will have the opportunity to attend the Summit because its Executive Director, Lisa Veneklasen, is part of the Advisory Committee of the International Campaign to End Rape and Gender-based Violence in Conflict Situations. This Campaign  was created by the Nobel Prize Women’s Initiative with the objective of increasing resources to support survivors and achieve justice, as well as to develop and implement action plans in order to end this deplorable practice. 5

In addition to the above, we are eager to attend because we will have the opportunity to be accompanied by Valentina Rosendo Cantú, brave human rights defenders who, through her complaint for the human rights violations of which she was a victim by elements of the Army , and with the accompaniment of the Human Rights Center of the Mountain “Tlachinollan”, it has managed to show that it is possible to put an end to impunity.

Regardless of what we will be reporting in the next installments, at JASS Mesoamerica we are waiting for the progress and agreements to be reached at the Summit, as we consider that the multiplication of efforts aimed at eradicating sexual violence in conflicts is of special importance. relevance for those of us who work in the Mesoamerican region. Unfortunately, our countries have a long history of sexual violence, both in times of conflict and in times of peace. Many of these cases remain unpunished to this day, despite the tireless struggle of women who have raised their voices against the abuse.

And to continue encouraging transformation efforts, we highlight the campaign ” Breaking the silence: all together against sexual torture”, which arises eight years after the police operations of May 3 and 4, 2006 in San Salvador Atenco, State of Mexico, from the initiative of 11 women survivors of sexual torture by police agents from the three levels of government ; who maintain a complaint before the Inter-American Commission on Human Rights, to seek to generate bonds of solidarity with similar cases. To date, they have achieved that human rights defenders, complainants, unite voices to denounce through the campaign the systematic pattern of sexual torture faced by Mexican women who are detained by police, military or marine agents, in the supposed protection that they should provide to society. Likewise, torture and repression will be evidenced as control mechanisms executed by the State. 6

We will continue to inform …

1 You can find more information at: http://preventsexualviolenceinconflict.tumblr.com/

4 Document available only in English at: https://www.gov.uk/government/publications/a-declaration-of-commitment-to-end-sexual-violence-in-conflict

5 For more information about the campaign at: http://www.stoprapeinconflict.org/espanol

6 Breaking the silence will be disseminating on social networks (@CentroProdh and facebook.com/prodh) the next actions and will culminate with an open forum on November 25, 2014. http://www.centroprodh.org.mx/index. php? option = com_content & view = article & id = 1181% 3Women-of-atenco-launch-campaign-in-solidarity-with-victims-of-sexual-torture & catid = 209% 3Afront-rokstories & lang = es