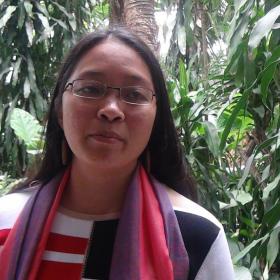 Online activism is popular in the Philippines because the mainstream media, usually owned by corporations, does not provide enough space for the people’s agenda. Through the internet, the people’s discontent and opinions are freely aired especially in social media — with just a click of their android phones, computers, laptops, tablets and other gadgets.

A lot of noise has been and will be generated by online activists who have successfully impacted on issues of significance in our country. From corruption issues such as the pork barrel, to calls for relief donations for victims of calamities, and of course the threat of curtailing internet freedom through the Anti-Cybercrime Law. The news, opinions, and calls spread like wildfire on the internet, creating public opinion that cannot be ignored by the government and its institutions.

For Samahan ng Maralitang Kababaihang Nagkakaisa (SAMAKANA or Organization of United Urban Poor Women), we use the internet especially the social media, as a tool for letting other people know about the situation of urban poor women, solicit support for campaigns and events, build support groups and networks, and express our positions on different issues, especially those affecting women.

There are about 27 million internet users in the Philippines that account for about 30% of the population and 22 million are Facebook users. The sheer number alone is enough reason for activists to maximize the internet. The message that we put across will be able to reach millions of people if we are able to fully utilize it and can even mobilize people to support our causes.

Moreover, the middle class that can be found on social media are opinion makers. It is therefore important to bring the issues of the masses and of the people into this forum in order to let them see and encourage them to support and take a stand on issues not just of those directly affecting them but also of the issues of landlessness of the peasants as well as the joblessness of workers in the country.

Successful campaigns and calls by online activists such as the recent Million People March against corruption that gathered more than 100,000 people in Luneta Park, Manila on 26 August 2013 show how the internet can be used to mobilize the people against an unjust system. Aside from this, there is also the campaign against the Cybercrime Law that curtails the freedom of expression on the internet. GABRIELA for its part has maximized the internet for its campaigns such as the One Billion Rising Campaign, its Lingap GABRIELA Relief and Rehabilitation Campaign during last year and this year’s flooding, and the Anti-EVAW (Electronic VAW) campaign called “Bury the Past Project” which effectively buried video scandals.

However, online activism has its basic limitations especially in Third World countries. It limits the audience to those who have internet, so those who cannot and do not have access will not be reached. Also, it might be mistaken that we will have this freedom forever especially with governments trying to curtail people’s use of the internet in the guise of protecting us. And while spontaneous mass actions brought about by online calls are indeed a reflection of the people’s outrage, the question of leadership and the continuity of the struggle cannot be ignored.  We only have to look at the Occupy Movement in the US as an example.

Posting statuses on Twitter or Facebook does not equate to change. There is a need for people to gather together and show their outrage. Revolutions do not happen on the internet; revolutions happen on the streets. For movements to truly succeed there is a need to organize and unite on tactics and strategies in winning our causes and battles. And for us to succeed, we would need painstaking organizing, being one with the masses, interacting and integrating and knowing firsthand their issues and concerns and mobilizing them to achieve change. Ultimately, nothing will take the place of face-to-face “traditional” organizing.

Misty Lorin is an urban poor community organizer of SAMAKANA (Samahan ng Maralitang Kababaihang Nagkakaisa or Organization of United Urban Poor Women). SAMAKANA is a member organization of GABRIELA – one of the biggest alliances of women’s organizations in the Philippines. On the latest GABRIELA national assembly held last October 2012, Misty was elected as deputy secretary-general for internal affairs.

Misty has been active in JASS since the first movement-building institute (MBI) held in Manila in 2009.