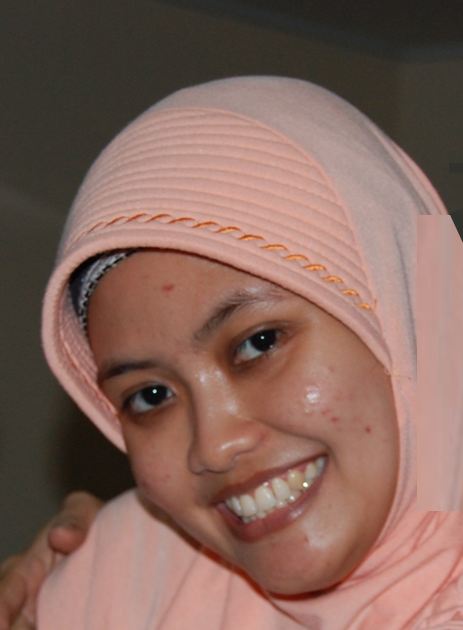 When I was 14 years old, I had a male friend – his name is Dede. People said he acted feminine. The boys in school used to make fun of him. A few boys – around three or four of them – were constantly bullying him. I didn’t know the word or the meaning of bully back then.

I did think that he was weird. Why would he act feminine? Was he deliberately doing it? Can’t he “control” himself?

However, he was not alone. Like Dede, some people thought that I was different too. My parents and my neighbors thought that I was a bit boyish by nature. But in our community, being a “tomboy” was not forbidden. A lot of people saw it as part of a phase that some teenagers experience or even as an act of teenage “rebellion”. “It will soon pass,” so they said. My friends didn’t make fun of me. Their concern was how my parents would react.

One time, Dede and some of my girlfriends walked together after school. Some “rascals” were walking behind us. They started to push Dede; they pulled his uniform and teased him for being too “womanly”. I looked at them with disgust but said nothing. Dede was also silent. We kept on walking.

Then they kicked and pushed him harder against the road. He tried to avoid them. He walked faster, half running and left us far behind. The rascals laughed out loud, happy to scare him off.

While waiting for the minibus, I knew that I will never forget that day. It served as a warning for me that one will not be respected, and in fact, will even be humiliated, for being “different”.

I didn’t realize that people around me tried to shape me as the woman they thought I was supposed to be. Some neighbors criticized the way I dress; my parents always commented on the way I sit. My mother tried to “fix” the way I walk; she even took me to a male doctor when my breast started to develop – “was it normal for her age?” she asked. I got the message.

This series of events kept on living in my memory. For me, it had become a source of knowledge and curiosity. It came to the point when I was afraid to “become” a woman. At that time, there was no internet, no instant messenger, no search engine, or social media to comfort me. I felt silly, alone, and weird.

Menstruation was a point of no return for me. No one told me about it before or after. I remembered vividly how menstruation “blood” is a cause of shame for us. Girls and women treated their menstrual cycle as if it was a flood disaster. We refer to it as “dirty blood”, therefore we felt dirty during our menstruation. If it “stained” your skirt, you need to carefully cover it, hide it, disguise it, at least pretend that you don’t know it’s your period. Play dumb!

People say that when a woman has menstruation, she should not enter the mosque. But if all of my friends went to the mosque for the Isra Miraj celebration, I should go there too. Besides, no one will know. Who’s to check on me?

My mother said I am a woman and should “act” like one but I don’t feel like a woman. How should we define “being a woman”?

When my brother was circumcised, another old question I had when I was a little girl came to my mind. I don’t remember who said it but an adult who I considered knew a lot about Islam told me about an obligation in Islam for boys and girls to be circumcised. So I went to my mother and asked whether I was circumcised. She said, “Well, yes. Just a little bit. It’s not hurtful. It is only for religious ritual’s sake.”

I was a bit relieved because I was a “circumcised” woman though I don’t even know what it means. When I got older, I learned about feminism and how feminists view female circumcision. When I got married, I never felt that I was “circumcised” at all. The pleasure was there! Looking back, I think my mother just tried to “comfort” me by saying I was circumcised. I should have thanked her.

The journey was not over. Few years back, I met a transsexual from one of the workshops held by Forum Aktivis Perempuan Muda’s (FAMM-Indonesia’s) – in partnership with JASS. Her name is Ajeng and she’s from Jember, East Java. Recently, my friend and I accompanied her to a surgeon who may be able to perform genital surgery on her. One doctor refused to give her hormone therapy for fear of cancer as a long-term side effect. Another doctor agreed to perform genital surgery but it meant that Ajeng will no longer be able to have sexual sensation. No more orgasm! Those will be cut out of her. What a nightmare!

Ajeng wished to be a woman with a vagina that many women take for granted and sometimes hate so much.  It was during that time that I learned to appreciate my vagina – a delicate, moist, sacred, intimate, funny, sensitive part of a woman’s body.

At night, we sat down and talked how wonderful the day was. Despite the disappointment, Ajeng managed to be cheerful and said that she’s not giving up. When we talked about the difficult situation for LGBTs on coming out as a lesbian, gay, transgender, she said, “I think I have passed that phase. I am now coming out as a woman!”

Like the day I had with Dede almost 18 years ago, I know that it’s the phrase that I will never forget. It’s a powerful way of saying that I know who I am and I have the power within. So, yes, I am proud to come out as a woman too. Thank you, Ajeng.