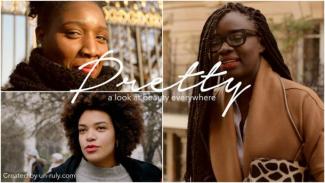 I am a writer, and an avid reader. But I am always left thinking where the stories about me are? When do I ever read a story in which I can see or even feel me? I’m black, I’m a woman, I’m queer, and I hail from the colonially-designated geographical space called Zimbabwe on the continent of Africa. All four of these identities are complex and constructed on the back of hundreds of years of history that happened before I was even born. For most of my life, the representation of each of these identities in the media I consume is fraught—but put them all together? The picture is certainly bleak…

As a black Zimbabwean woman I am either “simple” or “slutty”, I am a “witch” or a “whore”, I’m a “vixen” or a “victim.” I rarely get to tell my own story and I never get to be the hero in your summer blockbuster. If I’m lucky, I might be a love interest—but only if my skin is of a particular colour shade, and my hair isn’t too kinky, and my body type fits an acceptable box. There is a high likelihood I will die in the first act because black women’s lives are disposable in movies as much as they are in real life. In the news, I’m the subject of vilification or victimisation, sometimes both at the same time. In advocacy work, I’m just one of the masses of poor, helpless victims waiting for someone, preferably white and Northern, to come and save me from myself and my bad decisions.

I am not alone in my thinking; and my outrage. I asked other women – part of an African feminist listserv – what kinds of stories they see in magazines or novels, on news bulletins or at the movies. Nearly every woman who offered her perspective mentioned how beauty in many post-colonial African contexts, from Nigeria to Morocco to South Africa is defined in relation to “European” ideals.

“[Black women] are also not allowed the space to be beautiful in the traditional sense (with skin often being lightened).” ~Tiffany Mugo

“We don’t often see [black] women who sport their natural hair, skin—there is a mainstream idea of beauty and all in the mainstream must adhere to it.” ~ Nebila Abdulmelik

This means, light skin = beautiful, dark skin = ugly or even dangerous. More Eurocentric features are prized over those considered to be “African”. “Good hair” (straight and long) is more desirable than “bad hair” kinky, afros, even braids and other styles that are considered too ethnic. These perceptions of beauty are so widely accepted that skin lightening creams and other body modification products have become a huge money-makers in the continental beauty industry.

“For women of colour, the concept of ‘beauty’ is often imbued with racist standards of beauty that dominate Western media and culture. One merely has to open a glossy magazine or walk down the aisles of a supermarket in Harare and look at the faces you see on certain kinds of body lotion or shower cream—to realise that ‘beauty’ and ideas of beauty are political. … Famed Kenyan actress, Lupita Nyong’o articulates poignantly the experience of being a black African woman, ‘I remember a time when I too felt unbeautiful. I put on the TV and only saw pale skin. I got teased and taunted about my night-shaded skin. And my one prayer to God, the miracle worker, was that I would wake up lighter-skinned.’” ~ Dudziro Nhengu, The Business of Beauty & Body Politics

While these ideas of “beauty” are not without complexities—they are just the beginning of the story as Tiffany Mugo, a feminist writer says, “Black women are often oversexualised or victims which is infuriating.” This hypersexualisation covers a broad spectrum ideas of what black woman should and should not be allowed to do, think, feel and be. From pervasive images of motherhood and women as nothing more than machines for reproduction to women as sexual objects that exist solely for male pleasure. These images affect women around the world but there is something striking about how these ideas of woman-hood play out in contexts like Zimbabwe or South Africa.

“Often it is the problem that black women are seen as not being empowered and any that are an anomaly rather than the norm. The ‘black woman’ [if we can use this generalised blanket term for how the diversity of black women is so often diminished] is a victim of culture (please see most stories on the girl child within Africa), the ‘good woman’ who is married and heterosexual and seeking to have children (often witnessed in local newspapers in form of how to guides and articles shaming women for seeking alternate paths).” ~Tiffany Mugo

What happens when we break the rules?

In Southern Africa the development industry has generated and perpetuated specific images about black women as victims who are incapable of being agents of change in their own lives. These images are often part and parcel of how development and non-governmental organisations write and think about the people whom they represent. The truth of the matter is that we live in a world where women are seen as less worthy than men. In this world, women (men, too) are subject to rules and restrictive binaries: good women” vs. “bad women””. These rules proscribe behaviour, defining everything from what is appropriate in terms of dress to how and with whom we choose to have sex. It’s hard to confront and overcome these rules whatever body you have, and this is truer for black women. For South African activist and co-founder of SAY-F (South African Young Feminist Activists), Wanelisa Xaba, as a woman “you become aware of how your body is read… It’s [particularly] complicated for black women because we’re criminalised or we’re hypersexualised, either way our bodies are being read. In Johannesburg a few years ago a woman was stripped in a taxi rank. And there was a lot of this ‘respectability politics of dress’, that if women have to dress in a certain way and if they don’t, they ‘deserve’ to be raped or attacked or shamed. It’s policing women’s bodies and [in South Africa I find] I’m monitored because I’m a woman but I’m also monitored because I’m black.”

For many of us, the consequences of stepping outside of the “rules” can be violence, backlash, discrimination and stigma.

Fighting back against stereotypes

It makes me mad. But in the madness, there are black women, across Africa, who are fighting back against these negative and destructive stereotypes. Nana Darkoa, the founder and curator of Adventures from the Bedrooms of African Women uses her blogging platform to shatter stereotypes that African women are just passive actors when it comes to sex. Her blog is a virtual safe space where the complexities and challenges of African sexualities can be discussed by black African women. Zanele Muholi, a prize-winning visual artist and activist harnesses photography to reaffirm that there are many different ways to “be a woman” and to “be a black woman” whatever one’s sexual orientation or sexual identity. Fungai Machirori, a Zimbabwean photographer, journalist and JASS ally uses HerZimbabwe, a pioneering web-based platform to disturb the narratives about women in Zimbabwe and create a forum for women to share their stories and experiences.

So, yes, the picture is bleak in a lot of ways. But there are growing pockets of rebellion, women who are pushing for and creating a diversity of stories because at the end of the day that’s all we are asking for: the right to write, tell, create our own stories and the space to recognise, in whatever way, the people looking back at us in those narratives.

Photo: Clutch Magazine, “Pretty”, a documentary series by un-ruly – a digital beauty platform dedicated to Black hair. The documentary explores how beauty differs across the globe. 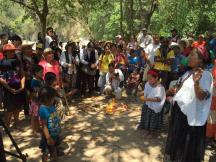 Visit Sur: International Journal on Human Rights for the full text of this article. This academic article, published on Sur, contextualizes…

Are We Sweeping Domestic Violence Under the Rug?

As an avid fan of the TV show, Law and Order: Special Victims Unit, I couldn’t help but take interest in its… 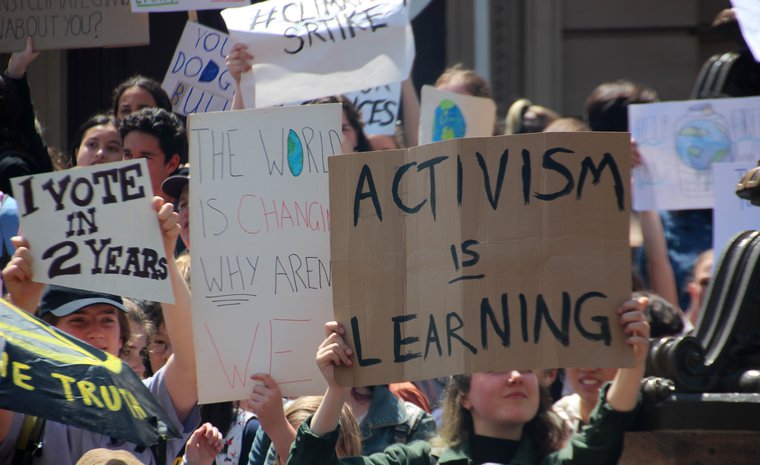